Prof Bukenya’s statement was made during an interview with the Observer newspaper. Prof Bukenya described Museveni as the founder of Uganda, stating that Museveni deserves special treatment.

Regardless of Bukenya’s desire to extend Museveni’s rule even after 2021 when his term ends, he adds that subsequent presidents must adhere to the 75-year age limit.

“As far as President Museveni is concerned, let him continue. He has good ideas, but as a principle for subsequent leaders, there must be an age-limit,” Bukenya said.

When asked if ‘twisting the law’ for President Museveni will set a bad precedence, he said:

“I don’t think there will be unique leaders every day; so, we must have exceptional circumstances for the president. It does not mean that we will have it in the constitution.

“We can even make a presidential law and say: in as far as President Museveni is concerned, we lift the term and age limit because of what we have seen in him. We then seal it up.”

Prof Bukenya served as Vice President under Museveni between 2003 and 2011. He also served as the Busiro North MP.

Museveni has held the reins of power in Uganda for 30 years since taking over from President Tito Okello Lutwa (General) in 1986.

“I looked at the various presidential candidates and they were literally nobodies to President Museveni.” 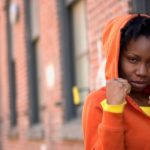 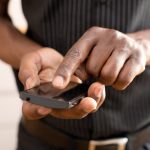