China is now capable of fomenting regime change in distant countries, and it may be increasingly willing to exercise this option.

Robert Mugabe, the nonagenarian dictator of Zimbabwe, has finally been thrown out of power after 37 years. Zimbabwe’s army had a crucial role to play. But army chief Constantino Chiwenga knew that he needed the blessings of China, Zimbabwe’s largest investor, for the transition process to be smooth. Indeed then, the plot to overthrow Mugabe—as revealed was hatched in faraway China.

Mugabe, a long-time friend of China, was becoming a liability for Beijing. His indigenization law, which required majority control of foreign companies in the country by black Zimbabweans, had angered China. Zimbabwe under the new regime of Emmerson Mnangagwa, Beijing is certain, will be more open to business. “He will limit or even revoke the indigenization law,” says Wang Hongyi of the Chinese Academy of Social Sciences. While it is nothing new for China to interfere in the domestic affairs of other countries, the recent episode in Zimbabwe goes well beyond China’s own historical record.

These principles were, however, in direct contradiction of the belief that the revolution in China that brought Mao Zedong and Zhou to power was a part of the global revolutionary struggle. In the next decade particularly, China supported revolutionary movements in many countries of Asia, Africa and Latin America. But ideology was merely a cover for strategic objectives. As studies by scholars like Peter Van Ness and Melvin Gurtov have shown, the Communist movements in countries with friendly rulers were not supported as generously as in countries with rulers hostile to China.

Chinese companies began to acquire assets abroad. Chinese nationals started working on these offshore sites. This meant doing business with rulers known for a horrible track record on human rights. Such rulers, many of them in Africa, loved the “no strings attached” Chinese money as opposed to Western aid that was conditional on political liberalization and economic reforms. 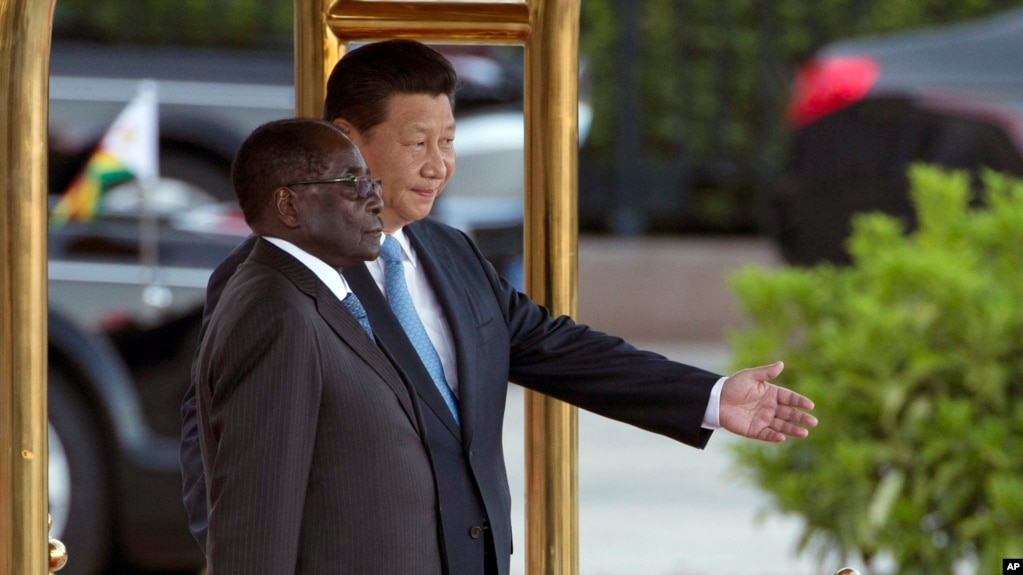 China’s foreign policy could not remain unaffected. In UN resolutions against these dictators, China either abstained or exercised its veto. Dictators were rewarded for voting with China through enhanced aid.

Beijing also supplied weapons to regimes embattled by civil war, like the one in Sudan. In Libya, China stood by Muammar Gaddafi in the face of widespread international condemnation. Similarly, it has supported Bashar al-Assad in Syria. In most of these cases, China supported the dictator in power over the uncertainty that would follow. The US and its allies, for all their good intentions, did hardly better in terms of achieving peace through their interventions. Iraq and Libya are the two best examples.

Beijing’s support for Mugabe was in line both with its solidarity with revolutionary struggles—Mugabe had led a liberation struggle against white minority rule before taking over as the prime minister in 1980—and the defence of tyrants in countries where China has significant economic interests. The decision to let Mugabe go is, therefore, surprising and perhaps indicative of things to come. China may now, going forward, be more flexible in choosing favourites in other countries—the incumbent can even be disposed of, if required. In Nepal too, China has recently brokered an alliance of the left parties to fight the India-backed Nepali Congress currently in power.

The far more important implication is that China is now capable of fomenting regime change in distant countries in far-off continents. And it may be increasingly willing to exercise this option. While powers like India and Vladimir Putin’s Russia have interfered in the domestic affairs of nearby countries, instituting regime changes in countries across the world has been the domain of superpowers.

At a time when China feels it is within reach of superpower status, it would do well to learn from history. But history also doesn’t lend itself to too much optimism about the learning capacity of superpowers.