MTV’s 33rd annual Video Music Awards was intended to be the Rihanna show – since the 28-year-old entertainer was receiving the Video Vanguard Award and was programmed to perform four career-spanning medleys throughout the evening. But it turned into a Beyoncé mini-concert when she and her crew performed an epic medley of songs from Lemonade that left everyone with dropped jaws. Here’s the highs and lows from a night of no-show celebs, anticlimactic reinventions and divas in the spotlight.

Best of the Night: Beyoncé

The 2016 VMAs were Rihanna’s to own, but Beyoncé had other ideas. For 15 glorious minutes,she staged a Lemonade medley that doubled as a feminist pop spectacle for the ages. She began in full art-diva mode, standing stock still in a white cape and funereal hat. As “Pray You Catch Me” began, 16 dancers flanked her in a Guggenheim-worthy tableau; then, in a clear nod to Black Lives Matter, they gradually fell to the stage in bursts of red light. The mood lightened but Bey’s fierceness only intensified during the reggae-tinged “Hold Up,” as she and her crew began a long trek through an awed crowd. A triumphant “Sorry” led into a blaring “Don’t Hurt Yourself” in which Beyoncé tore into the song’s defiant taunts to an unfaithful spouse. “If y’all came to slay, sing along with me,” Bey told the audience at the start of an anthemic “Formation.” Her dancers arrayed around her in elaborate Busby Berkeley patterns, culminating in an enormous female symbol. Beyoncé’s act of taking a bat to the camera at the end of “Hold Up” was badass but superfluous – she had already smashed up an otherwise staid night.

The Video Music Awards have reveled in MTV’s ability to wrangle A-list stars for surprises. Sunday night’s show started off with a fairly big one: Michael Jackson Video Vanguard Award recipient Rihanna would be celebrating her lifetime-achievement Moonman with not one, not two, but four performances culled from her formidable catalog. Illuminated by pink lights that made the stage, and her outfit, seem inspired by spun sugar, the 28-year-old opened the 32nd running of the VMAs with the urgent “Don’t Stop The Music” — which, perhaps not coincidentally, samples the “Soul Makossa”-inspired breakdown from Jackson’s 1983 “Wanna Be Startin’ Somethin'” single. While Rihanna’s freewheeling attitude extended to her giving up on lipsyncing at certain points, the infectious medley of her most banging club tracks — which also included “Only Girl (In The World),” “We Found Love” and “Where Have You Been” — got the VMAs off to a high-energy start.

It must be said that Jay Pharaoh is one of the most gifted impressionists working today, a Rich Little for the Lil Wayne generation. It also must be said that his talents were wasted onSaturday Night Live and his talents were wasted at the Video Music Awards. “Kevin Hart works the concession booth” and “Jay Z waits in the bathroom line” are killer set-ups that had no good punchlines. His energy and devotion to playing these characters just made their flopping all the more excruciating.

Worst: The Parade of No-Shows

A steady stream of couldn’t-be-there-tonights made an already low-energy show feel even more tepid. Puff Daddy informed us early on that Drake – who would turn up later – was “stuck in traffic” after the Canadian star failed to take the stage to accept his Best Hip-Hop Video award. Unlikely Best Male Video winner Calvin Harris skipped the show for a show in the U.K., accepting via satellite, while the Final Five became the Final Four due to Gabby Douglas being hospitalized for a mouth infection. When Fifth Harmony and Ty Dolla $ign actually took the stage to accept their Best Collaboration Video statue, it was almost hard to believe that an honoree had bothered to make it to MSG.

Forget canned jokes and robotic recitations of what a category means: Alicia Keys turned her presentation of Best Male Video into an opportunity. After noting that it was the 53rd anniversary of Dr. Martin Luther King Jr.’s “I Have a Dream” speech, Keys launched into a poem about the ways in which sex and war are treated by culture that eventually turned into a full-throated hymn about the callousness of the world. “Maybe we could love somebody/maybe we could care a little more/maybe we could love somebody/instead of polishing the bombs of holy war,” she sang, sans accompaniment. She then resumed speaking: “I still believe in that dream that one day, our nation is going to rise up and be finally, finally completely about the true meaning of this creed: That all women and men are created equal.” The combination of poetry and politics provided a neat flashback to earlier VMA political moments: R.E.M. frontman Michael Stipe’s rotation of message-festooned T-shirts, Beastie Boy Adam “Ad-Rock” Horovitz’s impassioned speech about women’s equality, Beyoncé standing in front of a larger-than-life “FEMINIST.” That Best Male Video wound up going to Calvin Harris for “This Is What You Came For,” a song that has Rihanna at its sparkling center, only made Keys’ call seem more potent.

Worst: Ariana Grande and Nicki Minaj Sweat to the Oldies

Was it just us, or did it feel a bit chilly in there? Ariana Grande and Nicki Minaj are no strangers – they first slayed together alongside Jessie J on the 2014 hit “Bang Bang,” and Grande would resurface later that year on The Pinkprint cut “Get On Your Knees.” But neither the spandex nor Buns of Steel could heat up the ladies’ frosty on-stage chemistry during their performance of “Side to Side,” off Grande’s latest album, Dangerous Woman. It was almost cruel to make a virtuosa such as Grande huff out her lines while peddling on a stationary cycle, curtailing her usual live vocal prowess. Not to mention the hunks gingerly diving down to face the divas at crotch level, resulting in one of the most lukewarm allusions to cunnilingus on television. Brrrrrrrrr.

Fresh from his multiple victories at the 2016 Rio Olympics, swim champion Michael Phelps made a rare appearance last night – as in, on dry-land, fully-clothed and standing upright – to introduce Future’s debut VMAs performance. “Remember in Rio when I made that face that ended up all over the Internet?” asked Phelps, awkwardly, in reference to his own viral meme. “I was in the zone with Future’s track, ‘Stick Talk’ blaring in my headphones,” he confessed, giving a somewhat plausible reason for his grimace at South African competitor Chad Le Clos. “I might have a lot of golds,” he added, “but this guy’s got all the platinum.” Leave it to the most decorated Olympian of all time to nab a platform on national television to be … a total fanboy.

For his first VMA appearance, the Atlanta MC didn’t hide behind high-concept production number glitz. He just put on a hot rap show, blazing through his 2015 hit “Fuck Up Some Commas” with a fire and poise that made the stage his own, and looking good as always in a layered outfit of just about every shade of red imaginable. And if Future’s smooth onstage moves weren’t riveting enough, we also got to see Chance the Rapper, dressed in Super Mario hat and overalls, dancing enthusiastically in the crowd. Backed by four dancers and a live band, including a guitarist who exploded into a wicked climax for the outro, Future made it clear that he don’t give no fucks – well, they were “f**ks” for TV.

The strangely intimate close-ups of Diddy at the start of the show indicated a bad production choice that would recur throughout the evening. Maybe the idea was to fill the phone, tablet and computer screens that many viewers were using to stream the telecast? The cameras would then swoop out from a distance, possibly to emphasize the size of the event but having the effect of showing you the view from an especially lousy seat at Madison Square Garden.

Sometimes there’s just way too much going on and yet way too little happening. For this elaborate staging on Jonas’s “Bacon,” Nick is cast as a waiter at the Tick Tock Diner, a mediocre but conveniently located restaurant near Madison Square Garden, that was populated for the occasion with cameos from many demi-celebs nobody could have been too excited to see, like his brother’s band DNCE, internet aggregator the Fat Jew, model Ashley Graham and social media notable Joanne the Scammer. Matters hardly improved when Jonas took to the street outside to find Ty Dolla $ign flanked by two bouncing lowriders in front of a Duane Reade.

Worst: The Chainsmokers and Halsey Get “Closer”

Along with gritty pop rebel Halsey, New York City DJ duo the Chainsmokers currently have the Number One single on the Billboard Hot 100 with their carefree summer jam, “Closer.” But for a crew of hitmakers, they put on one sleeper of a performance. Comprised of a mountain for a backdrop and some light fog, the sparse visuals hardly warranted broadcast – much less the lackluster, albeit cuddly vocal performance between Halsey and the Chainsmokers’ Drew Taggart. Producer Alex Pall looked lonely behind his drum machine while it all went down, ensconced by white mist.

The most dominant pop star of 2016 did his best “I’m not worthy” while presenting his old pal Rihanna with her Video Vanguard award, and restored some dignity to the Barbadian singer after Beyoncé had all but stolen the show out from under her. He strolled up in a tux anddescribed his first encounter with “someone I’ve been in love with since I was 22 years old,” whom he met while he was a lowly restaurant singer. He cracked a couple corny jokes – showing a photo of himself with a Rihanna-esque do – and through his humility seemed to re-convince the audience that they were looking at a fellow megastar. 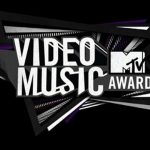 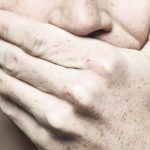