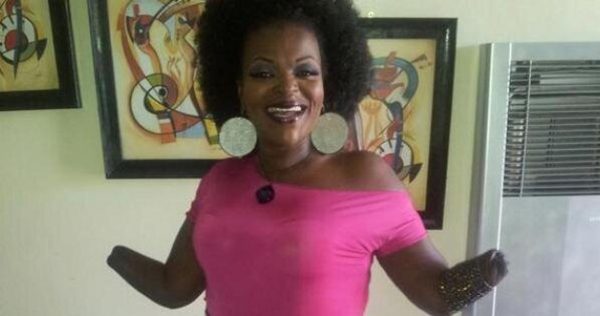 Apryl Brown, a 47-year old mother of two, almost died back in 2014 after a silicone filter procedure on her buttocks went terribly wrong. She had to have her hands and feet amputated to save her life from the infection that the industrial-grade silicone injected on her by a black market practitioner has caused her.

Brown, who was a successful hairstylist who owned her own salon, has always wanted a curvier behind because she was teased about having a flat butt ever since. In 2004, she thought it was finally her chance to fix her “flaw” when a client at her salon mentioned that she could provide silicone injections for a cheap price. Brown immediately agreed to have the treatment.

At first, everything appeared to be fine but months after, she felt her buttocks began to get hard, itchy, and painful. At one point, she woke up with excruciating pain that she scratched and pulled her skin off her buttocks.

Brown was then taken to the hospital, where doctors discovered that a massive infection connected to the impure silicone had caused her body to shut down. To save her life, she had to undergo 27 surgeries to remove her hands, feet, and the flesh around her buttocks and hips that were infected.

Apparently, the silicone injected into her body was the type of silicone commonly used in bathroom sealant. The American Society of Plastic Surgeons are cautioning people not to put their lives at risk by bypassing doctors and patronizing practitioners who offer cheap medical procedures, which they said has been a growing problem in the country.

“I think that’s awfully seductive to a person who doesn’t know there’s a problem,” said Dr. Richard Glogau, a clinical professor of dermatology at the University of California, San Francisco.

After recovering from the ordeal, Brown dedicated herself to encouraging others to think twice before undergoing such serious surgeries.

Though she had to learn the lesson the hard way, she continued enjoying her life. She wears prosthetics everyday and she even competed in the Pasadena Triathlon.

“It’s not about how you fall down. It’s not about making choices that are not catastrophic. It’s about knowing how to get up,” she said. “And the only thing that will ever make you feel better about yourself is feeling loved. That you are enough, no matter how it looks, what it is or how it feels, that it’s enough.”