We believe every African Passport is strong and powerful at least to its own citizens and within its borders. However, how the world sees your passport will determine the ease with which you gain entry into other countries.

With geopolitics playing in, travellers from some countries get more travel freedom than others, a new ranking shows.

Making waves in the travel world this week: a ranking of the globe’s most powerful passports that reveals the comparative weakness of many African ones.

Even in the digital age, passports haven’t changed much in form. The 3-by-5-inch booklets vary in little except color. But they entitle bearers from different countries very different levels of travel freedom.

GOOD Magazine, a U.S.-based quarterly emphasizing global citizenship, released an infographic — a map and accompanying list—of the rankings based on how many countries citizens of each country can travel to freely.

On the map, the more travel freedom a country’s passport allows, the darker it appears in color. The less freedom it allows, the lighter in color. Like a huge swath of Asia and the Middle East, the continent of Africa appeared largely pale.

The ranking exposes the geopolitics between nations, which play out in the requirements for visitors from certain other countries to obtain visas.

Essentially, passport grants authorization from a citizen’s own country to travel abroad. A visa means express permission from the desired destination to visit there.

Defined as “an endorsement on a passport indicating that the holder is allowed to enter, leave, or stay for a specified period of time in a country,” a visa requires a special application, a period of time, occasionally an interview, and often a substantial fee to receive.

Governments are coy about why visas are required. GOOD reports they reflect “the relationship between two nations, and a country’s stature relative to the rest of the world.”

The Chicago Tribune goes further, saying the reason some countries require visas for visitors from certain other countries is simple. “Richer countries tend to make people from poor or war-torn countries get visas as an extra step to make sure visitors return to where they came from,” the newspaper reports. “Poor countries are more likely to admit people from rich countries without visas.

“Sometimes, it’s political,” the Tribune adds. “Experts view Brazil’s visa requirement and hefty fee for Americans as a retaliation for stringent visa requirements and an identical fee that Brazilian tourists must pay to visit the U.S.”
As the world stature of many African countries rises, and conflict-troubled countries settle into peace, African citizens can expect their passports to become more powerful. Stay tuned. 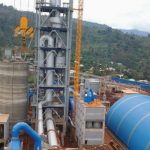 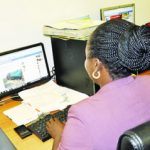