The Amazigh, also known as Berbers, are celebrating their new year in North Africa.

In Morocco’s capital, Rabat, people took to the street on Friday to mark the holiday, also known as Yennayer.

ALSO READ:  Lebron James And CNN To Produce Documentary On The 1921 Race Massacre In Tulsa

They wore traditional costumes and prepared Amazigh dishes as troupes performed, celebrating the 2973rd year of the Amazigh calendar.

“Happy New Year to all Berbers, we are gathered to celebrate this new year in front of the parliament to be able to pass our message. We, Amazigh, ask that the authorities consider this holiday as a day off and a national holiday. This is a demand of the Amazigh people that is not new,” said one of the participants.

Many demanded that the Moroccan government recognize the holiday as an official one just like in neighboring Algeria.

Marginalized in the past, the Amazigh, a word which means proud free people, are an important component of the Moroccan society.

Their language was recognized as an official language, alongside Arabic, in the 2011 constitution that Morocco’s king granted in the wake of the Arab Spring. 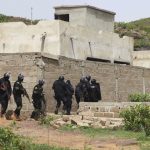 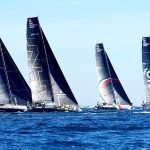