The Jordanian’s Royal Islamic Strategic Studies Center has listed King Mohammed VI among the 50 top Influential. The ranking appeared in the center’s 2019 publication on 500 Most Influential Muslims.

In its profile on King Mohammed VI, the publication said that HE  “influences the network of Muslims following the Maliki school of Islamic jurisprudence, and is a leading monarch in Africa.”

The overview also emphasized that the King is often “lauded for his domestic reform policies and countering terrorism.”

ALSO READ:  'Africa is the Most Profitable Continent in the World', Says Uganda's President Museveni

The report recalled that the monarch “tackles issues of poverty, vulnerability and social exclusion at home, and has improved foreign relations.”

The publication referred to King Mohammed VI’s repeated calls for a more advanced development model to meet the growing demands of citizens and curb social disparities.

The center added that the King has a huge influence over Muslims in Africa.

“King Mohammed VI leads the largest African monarchy, with a population of 32 million.”

The report also mentioned Morocco’s momentous move to call for a conference to discuss “the rights of religious minorities in Islamic lands,” in 2016 in Marrakech.

“The King invited hundreds of the Islamic world’s leading scholars to gather for a 3-day summit in Marrakesh in January 2016 to address the question of the treatment of religious minorities in Muslim-majority communities,” the report said.

The center’s overview of the King and Morocco mentioned that Morocco is “home to the oldest university in the world, Al Karaouine.”

The report added that the university, located in Fez, is the center of the Maliki school of jurisprudence. 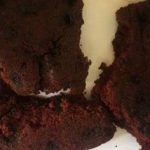 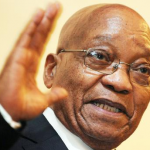