Rafael Nadal had Tiger Woods on his feet and punching the air during his brilliant win over Marin Cilic in the US open fourth round Monday.

Woods watched from a private box at the Arthur Ashe Stadium as Nadal produced his best display of the tournament so far, powering past Cilic in four sets to keep alive a potential meeting with Roger Federer in the tournament’s final for the first ever time.

ALSO READ:  Names Of The Top 10 Richest Athletes In The World 2018 According To Their Earnings

Nadal took the first set 6-3, before Cilic hit back in the second, utilizing his trademark big serve to take the set 3-6.

The Spaniard went into overdrive thereafter, producing extraordinary tennis which included an audacious around the net winner in the closing game, taking the last two sets 6-1, 6-2.

Woods was impressed with what he saw, jumping out of his seat and fist pumping when Nadal sealed the win.

He later tweeted : “What a great night watching Rafael Nadal. Just an incredible performance and awesome way to close out the match.”

While Woods certainly enjoyed watching Nadal do his thing at Flushing Meadows, the world number two was also delighted to have the 15-time major-winning golfer in the crowd.

“I never had a big idol but if I had to say, one idol it’s him. I try to follow him every single shot that he hits through the whole year.”

Nadal takes on the Argentine player Diego Schwartzman in the quarterfinals on Wednesday. 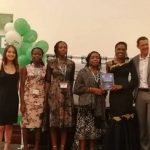 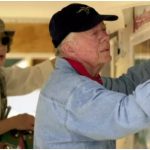