Ghana has become the second African country to rule out the possibility of regulating over-the-top (OTT) services, like WhatsApp and Facebook. Ato Sarpong, Ghana’s deputy minister for communication, has said the country will focus on policies that will boost technology in the country rather than restrict it.

Like in many other countries, OTT services have under fire in Ghana with telecoms networks claiming that the services freeload off the telcos’ infrastructure. This is tied to the argument that through the free instant messaging features, the proliferation of OTT services has eaten into revenues generated through voice calls and SMS messaging. As a counterpoint the upside for networks is that data and mobile internet revenue is driven due to the use of these services which are popular across the continent.

In Nigeria and South Africa, two of the continent’s biggest mobile markets, there have been high-level discussions over the possibility of regulating the services.

Similar discussions had initially taken place in Ghana as the National Communications Authority stated its concern for the fact that OTT services are not bound by its regualtions. This, the NCA, said “orients market dynamics in their favor”. But following deliberations, it has been decided that the country’s direction will be in favor of, and not against, OTT services.

Ghana’s decision follows on the heels of a similar call by Zimbabwean authorities in March. Confirming that the country will not entertain calls to ban OTT services as suggested by mobile networks, Supa Mandiwanzira, Zimbabwe’s information communication technology minister said the country was averse to the idea stifling the service and is instead focusing on promoting access to technology. 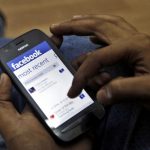 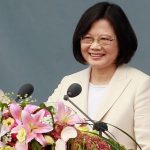