So, on August 17, 1968, at the Ritz-Carlton in Atlantic City, NJ, with the assistance of the then Tri-State director of the NAACP Phillip H. Savage, the initial Miss Black America commenced and Saundra Williams was crowned the first ever Miss Black America. Williams remarked: “Miss America does not represent us because there has never been a black girl in the pageant. With my title, I can show black women that they too are beautiful.”

In September of 1977, the Miss Black America pageant was televised one night before Miss America. Savage was quoted as saying: “We want to be in Atlantic City at the same time that the hypocritical Miss America contest is being held.”

ALSO READ:  13 Interesting Facts Everyone Is Curious To Know About Singer-Songwriter, John Legend!!

After 1996, there was a 14-year hiatus and 2010 marked the premiere of the rebranded pageant which included a teen version. The Miss Black America continues to display the excellence of Black women that often go unnoticed.

Even though the Miss America franchise integrated African-Americans in 1971, Miss Black America continues. When the officials of Miss Black America were asked by a black reporter why the competition sustained despite the inclusion of Black women in Miss America, a pageant representative replied: “You wouldn’t suggest closing your black newspaper simply because a major white daily published a story about a black would you?”

Listen to Miss Black America 2017 Brittany Lewis as she explains why she joined the pageant. 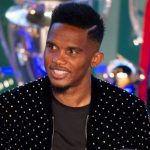 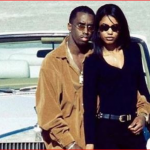