Microsoft has introduced Windows 10 mobile operating software on its smartphones. The software is on Lumia 950 and 950 XL.

Introducing the phone to stakeholders in Lagos, Nigeria, the company said it was introducing the best it had to offer with the Lumia 950 XL and Lumia 950. This will be followed up with more affordable devices.

Beyond the devices, it said the aim was to showcase its newest Windows 10 mobile OS, which it hoped would resonate with consumers already using Windows 10 on their desktops and ultimately “coax developers into making more universal apps for the platform.”

“The display is absolutely stunning, producing neutral colours and high brightness levels for almost any lighting conditions. Our test unit seems to produce a bluish tinge if you tilt the phone vertically or horizontally.

ALSO READ:  World Map Reveals What Different Countries Are Best At...South Africa is No1 for Death

“This is easily noticeable on white backgrounds but not so much on other colours. We checked this with a couple of other units as well and noticed the same problem,” the company said in a statement.

According to the Public Relations and Communications Lead at Microsoft Nigeria, Mr. Yemi Orimolade, all the buttons are placed on the right, including the camera shutter button, while the headphone socket and USB Type-C charging ports are placed on the top and bottom respectively.

“Around the back, we have the 20-megapixel PureView camera, a triple-LED dual-tone flash and speaker grille. The camera cluster bulges out very slightly so that the speaker is not muffled when placed on a flat surface.

“You shouldn’t worry too much about scratches to the lens either as the glass cover is slightly recessed so that it doesn’t make direct contact with the surface. The rear cover is removable just as the 3340mAh battery. You will also find two slots for Nano-SIM cards and a microSD card slot,” Orimolade said.

He said Lumia 950 XL might not look as glamorous as some of the other flagship products but noted that it was well-built for durability.

“The design does feel a bit bland however and not as exciting as past Lumia devices. The phone comes bundled with a charger with a fixed cable, USB data cable, headset and a couple of instruction booklets. The quality of the accessories is very good and they feel durable enough,” he added. 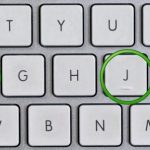 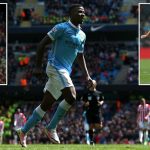