The former First Lady of the United States took to Instagram on Sunday to give her followers peek into her fitness routine and encouraged all 33 million of them to practice self-care.

“It doesn’t always feel good in the moment. But after the fact, I’m always glad I hit the gym,” Obama captioned a photo of herself wearing a two-piece black workout set and hat while lifting a medicine ball over her head. “How did you all take care of yourself on this #SelfCareSunday?”

ALSO READ:  'I Stopped Smoking Because I Feared Michelle Like Death'- Former Head Of State, Barack Obama Who Was Once A 'Chimney'- Photos

It doesn’t always feel good in the moment. But after the fact, I’m always glad I hit the gym. How did you all take care of yourself on this #SelfCareSunday? 💪🏾

Her followers flooded the comments with words of encouragement and told her that she inspired them to also get moving.

“That’s what a woman should look like, nothing fake and inflated!” one person declared, while others told her to “keep up the good work” and deemed her a “beautiful example” for all.

Obama has long been an advocate for living healthy and staying fit, launching the Let’s Move campaign, an initiative aimed at raising a “healthier generation of kids” during her husband, Barack’s, two terms as president.

During her time living in the White House and traveling on campaign trails with her husband, the 55-year-old “Becoming” author also became a style icon, with her toned arms generating envy across the country and inspiring women to try to emulate her physique.

“THE arms have taken on a life of their own. They have provoked controversy, envy, a bit of backlash, even bad puns about the right to bare them,” the New York Times wrote in 2009. “In recent months, the first lady has bared her toned biceps, triceps and shoulders at the Inaugural Ball, on the covers of Vogue and People, at her husband’s first televised address to Congress and in her official White House photograph. She does not have Madonna’s sinewy muscles popping out of paper-thin skin. Nor, with her solid 5-foot-11 frame, does Mrs. Obama, who is 45, have a typical runway model body. That makes her image even more admirable to many women, and perhaps even attainable.”

Judging by her recent Instagram post, Obama hasn’t stopped in the decade since the New York Times paid homage to her famous appendages — and the hard work has paid off! 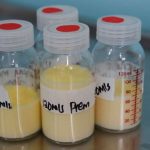 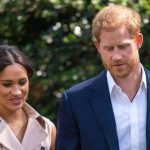