Um…only if we missed the memo that Kanye West, too, is a billionaire.

For the second straight year, Michael Jordan was named to Forbes‘ World’s Billionaires list, with a net worth valued at $1.14 billion.

The value makes MJ the 1,577th richest person in the world and 486th richest in the United States. That’s up nearly 200 spots from the 1,741st worldwide ranking that Jordan had on last year’s list, which marked his debut on Forbes‘ World’s Billionaires list in 2015. What makes his place all the more special is Jordan is the lone current or former athlete on the prestigious list.

Jordan’s 90 percent ownership share of the Charlotte Hornets accounts for about $500 million of his assets, while his Air Jordan line with Nike continues to thrive in the sneaker market with 32 years in the game.

Carmelo Anthony, whose sneakers are designed by the Jordan Brand, couldn’t be prouder of his mentor.

“It makes me proud. Yeah, it does,” Melo told ESPN. “I remember getting there and seeing where the business was then. I remember sitting in the airport in 2006, coming from the world championship, and I remember when the brand had just hit a billion, and to see where it’s at right now — [nearly $3 billion in sales] — that’s a lot. That’s a lot of growth to be a part of.”

The Hornets and Air Jordans aside, don’t forget that MJ is still a cash cow with his own endorsements, ranging from Hanes to Gatorade and Upper Deck. 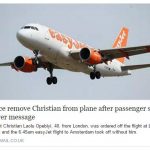