Mesut Ozil has released a statement following his terrifying encounter with two attackers in London on Thursday afternoon.

CCTV footage showed Ozil and his Arsenal team-mate Sead Kolasinac being threatened by two masked man while they were driving, with Kolasinac attempting to fight off the duo, who appeared to be carrying knives.

Ozil’s wife Amine was also in the vehicle at the time, but thankfully all three of the innocent party involved escaped unharmed from the ordeal.

On Friday Ozil tweeted a picture of he and Kolasinac together, and added the caption: “Sead, my wife Amine and me are doing well again after yesterday’s incident in London.

“Thanks for all your supporting messages guys.”

The Metropolitan police are currently investigating the attack, which took place on Platts Lane, near Hampstead.

A statement released said: “Police were called to Platts Lane, NW3, shortly before 5pm on Thursday, July 25 to reports of an attempted robbery.

“It was reported that suspects on motorbikes had attempted to rob a man who was driving a car.

“There have been no arrests. Enquiries continue.”

Both Ozil and Kolasinac had only recently returned from Arsenal’s pre-season tour in the United States when the attack took place.

Kolasinac had also tweeted the same photo as Ozil earlier on Friday along with the caption “Think we’re fine” along with a smiley face and a fist emoji.

Kolasinac has received praise from far and wide for his bravery in fighting the attackers off, although the PFA have warned off fellow Premier League players from reacting in the same way if a similar thing happens to them.

Deputy chief executive Bobby Barnes said: “No possessions are worth risking your life for. These things can be replaced. Better to put your safety first.” 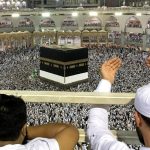 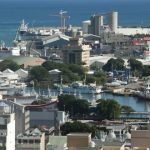