Eight Melbourne mayors have called for unity and end to the talk about so-called “African gangs” which has repeatedly made news headlines this year.

African-Australian leaders in Victoria have said the “gang” rhetoric is an example of fear-mongering and has vilified their community to the point some now feel unwelcome in the state.

“We stand together to say that we value the contribution of these residents, deeply appreciate the diversity of culture and experience they bring to our cities,” City of Moreland Mayor John Kavanagh said.

“Making young people and their families feel welcome in the place they now call home is the best way to make our communities healthier – this is how we create jobs, help people complete school or provide pathways to training and employment,” City of Melton Mayor Bob Turner said.

Home Affairs Minister Peter Dutton made headlines in January after claiming Melbournians were “scared to go out at restaurants” at night because of “African gang” violence.

Political talk has raged at a federal, state and local government level ever since. Media coverage has also been continuous.

With Victorians set to head to the polls later this year, City of Whittlesea Mayor Kris Pavlidis accused politicians returning to the “African gang” rhetoric of turning the rift into an election issue.

“The role of political leadership is to unite diverse communities, ensure vulnerable people are given the tools they need to thrive and to dismantle unhelpful stereotypes and prejudice – not to amplify them,” Cr Pavlidis said.

Victoria Police have said there are small groups of African-Australian youths causing trouble, but have downplayed concerns about alleged gangs.

Mr Mayek said offenders make up only a small percentage of the overall African-Australian community.

“You can’t broad-brush a whole community just because of the actions of a few young people. We all call Australia home, and it is important that all members of our communities come together to make everyone feel welcome,” he said.

Criminologist and Director of the Monash Migration and Inclusion Centre Associate Professor Rebecca Wickes said some Melbournians feel unsafe for only because they are being told to feel unsafe.

The Australian-Sudanese community has been particularly singled out by the “African gangs” talk.

Sudanese-born Victorians were responsible for three per cent of serious assaults, five per cent of car thefts and 8.6 per cent of aggravated burglaries last year, according to Victoria’s Crime Statistics Agency.

However they were responsible for just 0.1 per cent of overall crimes committed, the agency said. 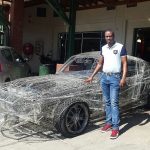 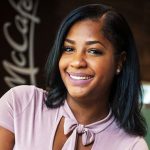