First lady Melania Trump has wrapped up her first solo trip to Africa, where she made stops in Ghana, Malawi, Kenya, and Egypt — a subtle rejection of her husband’s nationalist and xenophobic worldview.

The point of Trump’s tour was to highlight all the ways US foreign aid is helping children in the developing world. But that goal was often overshadowed by media reports of her cringeworthy fashion choices, and few US news outlets paid much attention to what exactly she was trying to do on the continent, or why her visit mattered.

On the surface, such a trip is hardly out of the ordinary. Past presidents and first ladies have often visited Africa, and the United States has a long history of sending foreign aid to African nations and supporting democracy around the world.

But that is not America under President Donald Trump. The current administration wants to scale back America’s humanitarian role in the world and instead focus on programs that directly benefit Americans.

The president has tried, unsuccessfully, to gut spending on the US Agency for International Development (USAID), the federal agency that oversees US foreign aid and development programs to promote democracy, economic development, and global health around the world. And he bruised US relations with African nations after reportedly describing them as “shithole countries” during a closed-door meeting with senators in January.

But that’s exactly why the first lady’s trip to Africa was significant. Aside from merely doing damage control, Melania Trump was promoting a more humanitarian-focused US foreign policy at a time when her husband is trying to scale it back. And her trip was specifically focused on the effectiveness of USAID and its impact on children.

“You have to respect that she has her own agenda, separate from her husband’s, and having her voice in the White House is important,” said Landry Signé, an expert on economic growth and development in Africa at the Brookings Institution think tank in Washington. “I think Melania represents a hope that foreign policy will be focused more on development and aid.”

That doesn’t mean that the first lady was well received everywhere she went. There were a handful of protesters in Malawi, and local news reports reflected much skepticism about her visit. There’s also a question about how much influence the first lady actually has on the president’s foreign policy. At the very least, though, Melania Trump’s brief visit to the continent was intended to highlight the issues her husband wants Americans to ignore.

Melania met with people who rely on US foreign aid

It’s easy to dismiss Melania’s visit to Africa as nothing more than a series of photo opportunities. But in every country she visited, the first lady made a point to visit places and meet with people who benefit from US government aid. Her message was to “show the world that we care.”

Her first stop was in Ghana, a West African nation that has close ties to the United States and is one of the strongest democracies in the region.

The United States, through USAID, has partnered with the Ghanaian government to strengthen those democratic institutions. The first lady said her focus on Ghana was also on how USAID’s programs there have expanded quality health care to mothers and newborns.

She visited the Greater Accra Regional Hospital, which gets funding from USAID to support maternal and child health services. She saw hospital staff teach new mothers how to take care of infants, and observed a separate training program for new mothers who are learning to care for premature babies.

Trump also visited an infamous slavery museum along Ghana’s coast. She took a tour of the dungeons in the Cape Coast Castle, which held millions of African slaves before they were shipped to America. The slave castle was restored and turned into a museum in the 1990s with the help of nonprofit groups and USAID.

“The dungeons that I saw — it’s really something that people should see and experience what happened so many years ago. It’s really a tragedy,” Melania Trump told reporters.

At her next stop in Malawi, she met with students, teachers, and parents at Chipala Primary School, one of several schools that participate in a USAID-funded literacy program. Melania Trump donated 1.4 million textbooks to add to the 8 million textbooks already provided by USAID to Malawi’s public schools.

”I wanted to be here to see the successful programs that the United States is providing the children and thank you for everything you’ve done,” Trump said in her public remarks.

She also brought attention to other USAID programs in Kenya and Egypt. Outside the Kenyan capital of Nairobi, she went on a safari at Nairobi National Park, which has received USAID funding to conserve wildlife habitat. She also attended an event with at-risk children and orphans who received US-funded social services.

In Egypt, Trump visited the pyramids and the 4,500-year-old Sphinx. She talked about USAID’s project to prevent groundwater from damaging the foundation of the ancient Egyptian statue, which is a major source of tourism income for the country.

“We must always do our best to preserve such important historical sites, and I was so pleased to learn of the work that USAID has done to help with preservation efforts at the base of the Sphinx,” she told reporters.

The first lady was trailed by American journalists and photographers during her week-long tour through the continent, which got a lot of positive coverage on Fox News.

In planning her trip around the goal of directing attention to USAID, Melania Trump was advocating for a US foreign policy view that directly clashes with the president’s.

Without explicitly saying so, Melania Trump’s trip to Africa was a rebuttal of her husband’s worldview. President Trump has centered his entire presidency on right-wing nationalism and “America First” rhetoric, prioritizing policies that (supposedly) benefit only Americans —not immigrants or foreigners.

That’s part of the reason the White House has been trying, unsuccessfully, to slash spending on USAID ever since Trump took office. In August, the White House Office of Management and Budget reportedly tried to cut $3.5 billion from USAID’s budget, including $200 million for recovery efforts in Syria. But Republicans and Democrats in Congress pushed back, and the White House backed off.

In September, President Trump ended up signing a spending bill passed by the House and Senate, which funds the government through December 7, without cutting any foreign aid.

Under the Trump administration, USAID has revamped its approach to foreign aid, focusing on pushing countries toward “self-reliance” and the understanding that they cannot expect to receive US aid forever. Melania Trump’s visit also touted the agency’s focus on supporting countries on their “journey to self-reliance.”

However, not all of the countries she visited were far along on that journey. Malawi, for example, remains one of the poorest countries in Africa and is one of the continent’s main recipients of foreign aid. It has relied heavily on USAID funding for family planning initiatives, which have prevented thousands of unplanned pregnancies and maternal deaths in Malawi.

When Trump announced his plan to end funding for global family planning aid in 2017 — and limit foreign aid in general — it sparked an uproar in Malawi, where advocates said it would amount to a death sentence for millions of women.

Under this policy, nonprofit groups in Malawi (and other countries) that provide legal and safe abortions to thousands of women have stopped receiving funding from USAID.

Instead of bringing attention to the issue during her trip to Malawi, the first lady steered clear of the controversy, and instead visited a school that receives US funding for literacy programs.

While Melania Trump’s trip was focused on showing her strong support for USAID, it’s unclear how much influence she has on her husband’s policy decisions. Even so, advocacy groups seem desperate to believe that she might have some influence.

“We hope the first lady will talk to the president about what she’s seen in Africa,” Tom Hart, the executive director at the One Campaign in North America, told the New York Times. “How America’s generosity saves lives, lifts people out of poverty and makes our nation a beacon of hope to millions around the world — and we hope the president’s upcoming budget proposal contains full funding for these programs.” 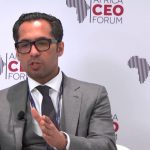 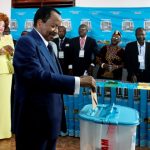