Before Meghan Markle became the Duchess of Sussex or even Meghan Markle, lifestyle blogger and Suits star, she was a determined little girl who fought for gender equality after seeing a sexist soap ad. Her letter-writing campaign got the ad changed, and an activist was born.

Later in life, as her profile and platform grew, Markle became an official Advocate for Political Participation and Leadership for United Nations Women. Now, with the entire world tracking her every move, Duchess Meghan is continuing her mission to empower women. As a feminist and a royal lover, I couldn’t be happier to see that her lifelong passion for women’s rights and education is now a central focus of her work as a member of the royal family.

That came into play during her first speech of her royal tour with Prince Harry this week. Markle spoke to students at the University of the South Pacific in Fiji about the importance of education for girls. “As a university graduate, I know the personal feeling of pride and excitement that comes with attending university,” she said. “From the moment you receive your acceptance letter to the exams you spend countless late nights studying for, the lifelong friendships you make with your fellow alumni to the moment that you receive your diploma, the journey of higher education is an incredible, impactful, and pivotal one. I am also fully aware of the challenges of being able to afford this level of schooling for many people around the world, myself included.”

Markle went on to speak about the struggle to pay for that higher education—something that’s incredibly relatable for most, but not what you usually hear from a royal. “It was through scholarships, financial aid programs, and work-study where my earnings from a job on campus went directly towards my tuition, that I was able to attend university,” she continued. “And without question, it was worth every effort.” Markle then announced two grants that would be used to aid women’s educational programs, while Harry (who his wife has confirmed is also a feminist) beamed with pride from the audience.

Kensington Palace has yet to announce any of Duchess Meghan’s official patronages, but it’s not hard to deduce that a large share of her work will continue to focus on females.

The signs were there from her first interview with Prince Harry after their engagement was announced. When asked about the causes, like UN Women, she had already been involved with, Markle replied, “I think what’s been really exciting as we talk about the transition of this out of my career but into the role is that, as you said, the causes that have been very important to me, I can focus even more energy on.

“Because very early out of the gate, I think you realize once you have access or a voice that people are willing to listen to, with that comes a lot of responsibility, which I take seriously,” she continued. “And at the same time I think in these beginning few months and now being boots-on-the-ground in the U.K., I’m excited to just really get to know more about the different communities here, smaller organizations we’re working on the same causes that I’ve always been passionate about under this umbrella.”

She certainly hit the ground running. While simultaneously planning the wedding of the year, Markle quietly worked on her first big project: a cookbook celebrating the women of the Hubb Community Kitchen. At an event for the cookbook, she spoke about being embraced by the women—who had all been victims of the tragic Grenfell Tower fire—when she first moved to London. She even brought the most influential woman in her life—mom Doria Ragland—along for the big day.

“The kitchen was opened after the Grenfell tragedy, offering women who had been displaced and the community around them a space to cook food for their families,” she wrote in the foreword to Together. “Their roles as matriarchs united them across their cultures; the kitchen provided an opportunity to cook what they knew and to taste the memory of home, albeit homes some had recently lost.”

But beyond the big moments and speeches that are defining how Markle is helping women, there are the smaller ones that might be just as impactful. When she stops to tell a little girl wearing a “Girls Can Do Anything” shirt that she reminds Markle of herself as a child, for example, she changes not only that child’s vision of what her future might look like, but inspires every girl who hears about the moment on one of the million outlets that covers it. 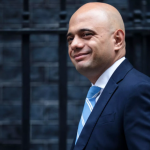 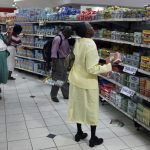