Meghan Markle and Prince Harry will visit a major exhibition at the Southbank Centre today, commemorating the life and work of anti-apartheid campaigner and former South African president, Nelson Mandela.

The Duke and Duchess of Sussex will visit the display marking one hundred years since Mandela’s birth. 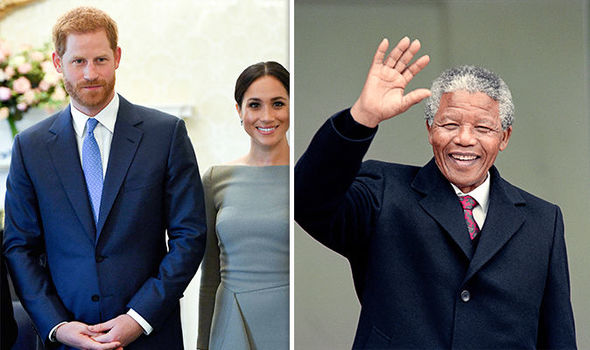 Prince Harry visited Mandela’s cell where he spent 18 years imprisoned by the apartheid regime on a 2015 trip to South Africa’s Robben Island.

On the same 2015 trip, the Duke also toured the statesman’s offices and met his widow, Graca Machel.

During their Southbank visit, Harry and Meghan will tour the exhibition and at each themed area, will see people associated with the displays or Mr Mandela’s work.

The guests include Thembi Tambo, South Africa’s High Commissioner to the UK and daughter of anti-apartheid politician Oliver Tambo, who was a close colleague of Mr Mandela.

One of the items on display is a letter of thanks from the statesman to the British public written on April 16, 1990, the day Mr Mandela attended the Wembley concert held in his honour, he thanks the British public for their “overwhelming generosity”.

Other artefacts on display include a Collected Works of Shakespeare, which was smuggled onto Robben Island and features annotations made by Mr Mandela and his contemporaries.

The exhibition has already been displayed in various locations around the world, including a six week stint at Paris Town Hall in 2013, but this is the first time it has appeared in the UK.

He said: “The Mandela Centenary Exhibition at Queen Elizabeth Hall, Southbank Centre, which is free to visitors from 17 July – 19 August, will depict the anti-apartheid freedom struggle and Mandela’s vision of a non-racial rainbow democracy based upon justice, equality and human rights. 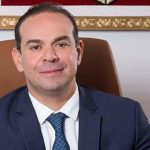