It was a historic and proud moment for Adolph Dagan, a U.S. military veteran, when he opened the first international African market in Clarksville, Tennessee, in 2019. Dagan African Market was created to meet the product needs of the African community in Clarksville. Previously, everyone had to drive an hour to Nashville for African products.

Also, the market has the Caribbean and International foods, jewelry pieces from Africa, and African beauty products such as shea butter, cocoa butter and African black soap.

Dagan, originally from the French-speaking West African nation of Togo, moved to America and joined the U.S. Army. He was stationed at Fort Campbell but medically retired in 2009. He got a job as a French teacher at Rossview Middle School in 2009 after retiring from the Army. In 2010, he received a bachelor’s degree in international relations from the American Military University and a Masters of Arts in Teaching in 2014 from Austin Peay State University.

Dagan, 45, lives with his wife Kafui Dagan and four children in Clarksville since 2007. He speaks four languages such as Adia, Ewe, French and English. Coming from a poor background, Dagan knows the essence of giving back to his native land, Togo, where poverty is widespread. He is also an evangelist.

ALSO READ:  The 7 African Leaders Who Allegedly Plunder Their Countries

Through his Dagan Foundation, a nonprofit organization, he is hoping to raise money to build schools in Togo. In 2018, he managed to raise more than $5,000 to construct a school in his village, Daganhoé.

“Education is our top priority. Without education, our people and our country will go nowhere. Education can take people out of poverty and offer them hope for the future,” he told theLeafchronicle.

Besides schools, he is also hoping to improve medical delivery in Togo. “You would cry if you saw our hospitals. They lack current technology and lifesaving equipment. We have a very difficult time recruiting doctors to practice medicine in Togo. What we do is recruit doctors from other African countries,” Dagan said.

He also believes there is so much potential in Togo but due to corruption and mismanagement, many Togolese are disillusioned.

Despite the challenge of opening a market in a military town, Dagan African Market is making good sales. Dagan and Kafui hope to become the largest African and international store in the Tennessee and Kentucky area. In addition, they want to diversify their business by establishing a restaurant. Also, they plan to digitize their operations by incorporating an online store. The couple hopes to become millionaires in the next 10 years.

“Black entrepreneurs play a vital role in the economic health of black communities, and it is critical that we equip them with the necessary tools and insights at this time,” said Adrienne Trimble, president and chief executive officer of the National Minority Supplier Development Council.

In a word of advice, Dagan urged small business owners to work hard if they want to succeed. What has worked for him include the good reputation of his family in Clarksville and his dedication to customer service. 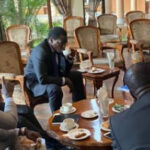 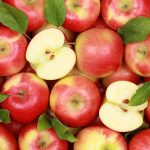