Sabrina Gonzalez Pasterski You may not have heard of the name before, but the young physicist at 23 is mentioned as the new Einstein.

Shown as one of the most prestigious universities in the United States, Harvard found the new Einstein from the ‘Y’ generation.

The young physicist at age 23 is shown as one of the most successful scientists of our time.

The Cuban-born young physicist graduated from MIT as the first female student to receive a scholarship of ‘MIT Physics Orloff Scholarship’, normally a year earlier, averaging 5.0 out of 4 in a three-year period (a note to highly successful students).

Fast forward eight years and the 23-year-old is now an MIT graduate and Harvard Ph.D. candidate interested in answering some of the most complex questions in physics, according to Yahoo.

The first-generation Cuban-American woman has already received job offers from Jeff Bezos, the founder of Amazon.com, and aerospace developer and manufacturer Blue Origin. NASA has also shown interest in the young physicist. Pasterski’s study seeks to explore black holes and spacetime and she is particularly concentrated on explaining gravity through the context of quantum mechanics.

Unlike many other young people her age, the Chicago native is not a fan of social media and has no Facebook, LinkedIn or Instagram accounts. She doesn’t even own a smartphone. However, Pasterski does regularly update her website, PhysicsGirl, with her list of achievements and proficiencies.

Shockingly, Pasterski was waitlisted to MIT when she first applied. That was before MIT Professors Allen Haggerty and Earll Murman were shown a video of Pasterski building her airplane. Haggerty told Yahoo:

“Our mouths were hanging open after we looked at it. Her potential is off the charts.”

She was later accepted and graduated with a grade point average of 5.00, the school’s highest possible score. Her adviser, Harvard professor Andrew Strominger, who is publishing a paper with famed physicist Stephen Hawking, has high words of praise for Pasterski. She has also been granted thousands of dollars from Hertz Foundation, the Smith Foundation and the National Science Foundation to support her studies and work.

Of her love for physics, Pasterski told Yahoo:

“Physics itself is exciting enough. It’s not like a 9-to-5 thing. When you’re tired you sleep, and when you’re not, you do physics.” 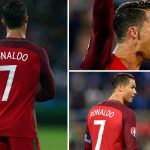 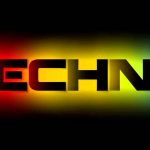