The tension between Britain and Germany caused the formation of several battalions under their colonies to train and prepare for war and the Gold Coast Regiment successfully raised five battalions ready for service during the war of which Lance Corporal Alhaji Grunshi was a part of the first Battalion to be sent to Togoland when war was declared.

ALSO READ:  "France Refused All Warnings" About Genocide Against Tutsis In Rwanda

Following rising tension, the British declared war on August 4, 1914, and immediately sent the Battalion from Ghana to enter Togoland which was a German territory and home to the Kamina radio station which was by then a sophisticated radio station that could send and receive telegraph messages from Germany to forward to other smaller stations in the African colonies and ships.

On August 7, 1914, a patrol which included Alhaji Grunshi and several other soldiers fighting for the British Army entered a factory in Nuatja, Togoland. The patrol was immediately confronted by a group of German police officers and sergeants and the police opened fire at the British soldiers.

In defence, Alhaji Grunshi opened fire at the German group making history as the first shot recorded under the British Army in World War I. The next recorded gunshot was fired by Sergeant Trooper E. Thomas in Europe ten days after Alhaji Grunshi’s shot.

In Togoland, the Germans who felt outnumbered decided to leave Togoland and destroyed the Kamina radio station on August 24, 1914, which was started in 1911. The Germans then opened negotiations for a truce on the 25th. On the 26th August 1914 the acting German governor, Major von Doering agreed to surrender.

Alhaji Grunshi went on to fight in the 4-year war and made it out alive. After returning to Ghana, he became a Lance Corporal and in 1919 he was awarded the Military Medal for his part in the East African Campaign. He also became a sergeant and on 13 March 1919, he was awarded a Distinguished Conduct Medal. He was one of eight on that occasion.

Alhaji Grunshi was from Dagbon in northern Ghana and part of his family is believed to have settled in Burkina Faso. Grunshi, who was popularly called Alhaji because of his religion joined the Army in 1908 and remained in service till 1924.

Largely, his story has gone missing and details about his life and how or why he joined the army have been left undiscovered. His name is hardly mentioned in the history of Ghana or the British army as one of the Africans who should be celebrated .

Whatever the case, it is a very interesting piece of history that the first gunshot fired by the declarers of World War I was in Africa and by a
colonised African soldier. 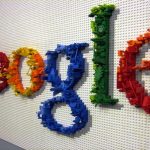 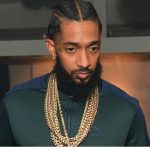