There’s power in seeing people in power who look like you.  When it comes to fighting gun violence, seeing ourselves as leaders and not just victims, is just as powerful.

That’s why Amber Goodwin says she created the Community Justice Reform Coalition(CJRC), after realizing more people of color are needed in leadership positions in the gun violence prevention movement.

“It has been a challenge making sure we not only have a seat at the table, but making sure we have a voice that is heard and an equitable stake in organizing around an issue like gun violence,” Goodwin told theGrio in an exclusive interview.

“We don’t have a choice as to whether or not we forge ahead with this type of work. Our folks are dying, we are getting over policed in cities across the country. Being black in America right now, it’s a very tough time to feel safe.”

According to Politifact more than 30,000 people are killed by guns annually. In the last few years, numerous unarmed African Americans have been gunned down by police officers in senseless incidents. The gun violence archive reports more than 1,000 people have been shot or killed so far this year by police.

Goodwin, a Texas native, created the CJRC after working for Gabby Gifford’s gun violence prevention organization, Americans for Responsible Solutions. Goodwin initially wasn’t interested in working on gun issues coming from a background in campaign training, but her appreciation for Gabby Gifford and the need for the movement to be more inclusive changed her perception.

“I got to see how policy was affecting the lives of people,” says Goodwin. “I started to look at the holes in organizing and in funding to support the ground work that needed to happen.”

Goodwin’s work has garnered a buzz that has led to small and large donations- including a 2 million dollar grant from Google, which will be overseen by CJRC and the PICO Live Free Campaign, a faith-based network also dedicated to curbing gun violence in communities of color.

The creation of CJRC is very timely as new unrest in America emerges. More rallies similar to the one in Charlottesville have been planned nationwide, stirring concerns about how to best protect people are color.

“We have been looking to those at the front line (in Charlottesville). We are working to make sure there is an effort to keep our communities safe. We want to make sure we are helping people who are going to be directly impacted by these policies and the reaction to what happened,” said Goodwin.

Goodwin and her team are currently traveling around the country every month for the next 18 months providing on-the-ground training in cities, counties and states where there are gun violence prevention advocates.

In addition to equipping people of color on how to handle situations like Charlottesville, the CJRC has community justice speakers in place to participate in conversations, meetings, and other moments that bring awareness and change to unjust practices affecting the African American community.

“Every time there is a shooting, or a mass shooting in a particular city, you kind of get the same rhetoric especially from D.C. or New York from some stakeholders that are far away from the pain of gun violence,” said Goodwin.

“For so long the focus has been on Chicago, Sandy Hook, or the Pulse shooting and not the stuff that happens in between.”

CJRC’s tour will focus on training those directly and closely impacted by gun violence on how to properly speak to the media as well as how to correctly take steps to orchestrate change in policies.

The hope for Goodwin and her team is to help change the entire conversation on gun violence, long after the cameras leave. 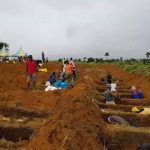 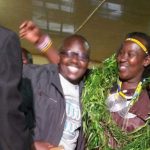