Princess Lalla Salma is the first lady of Morocco. She is 39 years old.

She is an engineer by profession.

Salma met her husband, King Mohammed VI, at a private party in 1999 and married in a religious ceremony in March 2002.

In May 2003, the couple had their first child Crown Prince Moulay Hassan of Morocco and was followed by Princess Lalla Khadija in February 2007.

She was ranked Africa’s most beautiful by The African magazine in the year 2015. 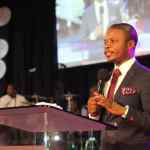