Nayara Justino, 25, was elected Carnaval Globeleza in 2014 in a popularity contest. After receiving racist threats, she told the Brazilian public, “I’m Black , I like to be called Black , I am proud of my beauty and my color.” Sheron Menezzes is a popular Brazilian television actress who has starred in more than a dozen shows. Two years ago, she made her film debut in the Brazilian movie, O Inventor de Sonhos. Fabiana Marcelino Claudino is a female volleyball player from Brazil who made her debut for the Brazilian national team against Croatia. She captained Brazil to the gold medal at the 2012 Olympics. Quitéria Chagas is an actress from Brazil who has appeared in three movies. She also, obviously, does some modeling. Raquel Villar is an actress with nine credits, including the current television show, Amor a Vida. Rojane Fradique is a runway model who has also done print work for Yves Saint Laurent. Juliana Alves is a Brazilian actress and model who was a star on the show Big Brother Brazil 3. Samira Carvalho is a runway model from Brazil who has found international success. 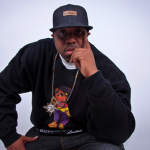 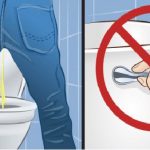