They never failed to amaze us by the way they act, sing, dance, and perform. But don’t you know that some of your favorite celebrities are still living on what they called “single life”? Here are some of them:
1. Rihanna
Rihanna has been heard of dating, being in a relationship, or having an affair with each of these guys:
A) Chris Brown. Who would ever forget their on/off again relationship? They started dating in 2008 and cut the relationship off in 2009. But they gave it a try again in January 2013 and just end up cutting each other off in April of the same year.
B) Matt Kemp. After her breakup with Chris Brown on 2009, she was linked to a professional baseball player Matt Kemp. They’ve been good for almost a year before calling it quits in 2010.
C) Leonardo DiCaprio. In 2015-2016, Rihanna has seen many times partying on several occasions with the producer/actor Leonardo DiCaprio.
D) Drake. And lastly, with the rapper/songwriter Drake. Drake and Rihanna were rumored to have an on/off relationship since 2009. Rihanna was reportedly dating him again in 2016, before separating after a few months.
Lots of so many guys have been rumored and linked to Rihanna but she is not really committing herself and instead, stay happy being single.
2. Drake
1) Rihanna. He had been an off/on again relationship with Rihanna since 2009, and 2016. But they part their ways same year, 2016.
2) Serena Williams. It started way back on 2011 when Drake started to watch and support Serena’s match.
Even after so many times of being together with Rihanna, he has been spotted with Serena Williams and Drake seems to stay on the single list. He claims to currently be single and continues to play the field.

After having relationships with Halle Berry and Toni Braxton, Shemar is assumed to be single.
4. Lupita Nyongío
Is an international filmmaker who just got the news spotted on her when she broke up with her rapper boyfriend Kínaan, in 2014. And although she is spotted being with fellow winner Jared Leto in 2015, she still admits being single.
5. Michael B. Jordan
After being linked to Iggy Azalea, but proudly denied dating her, Kendall Jenner is another name that came out to be spotted dating Michael in 2015. But unfortunately, he also denied those rumors. He said they were just friends. And if you want to know who he is dating now, you’ll be glad to know that he is single. 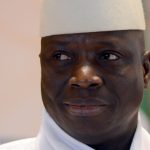 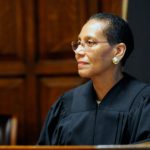