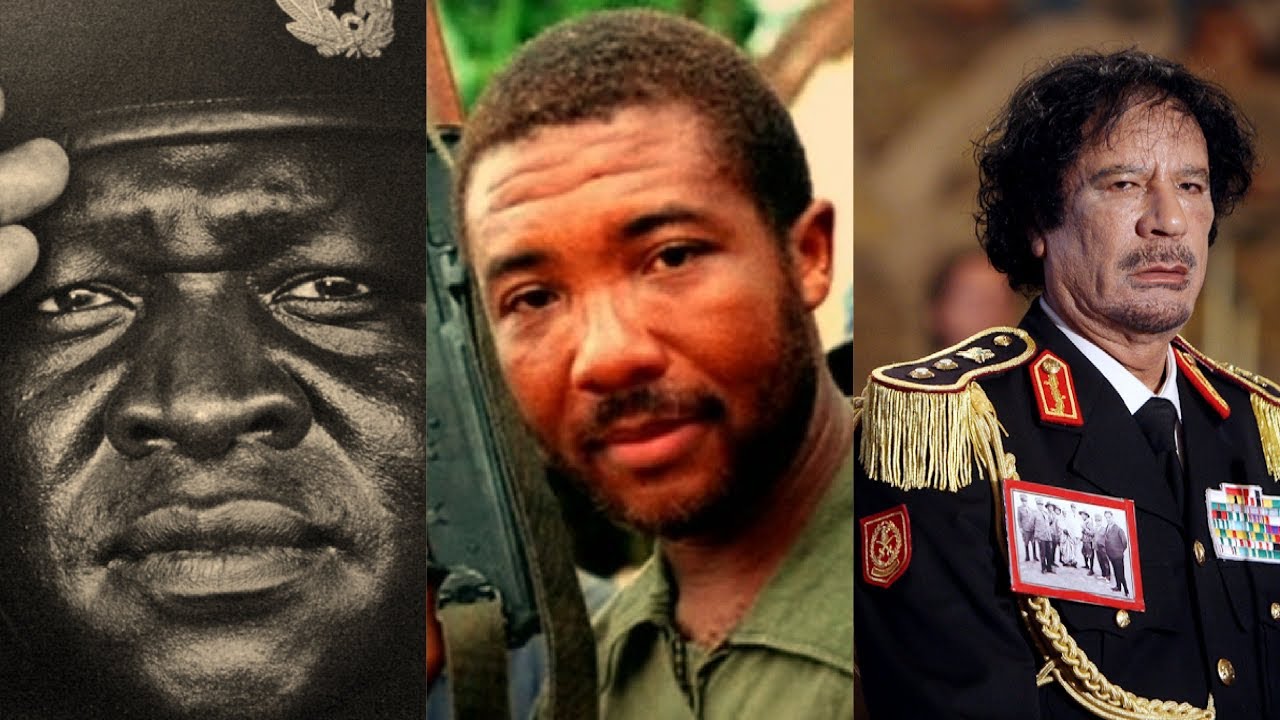 There are plenty African leaders who have committed outrageous and downright criminal acts during their reigns of power. Political power can get to your head if not handled well and some have gotten carried away.

Unlike the Queen of England who ascended the throne with the official title, “Her Majesty Elizabeth the Second, by the Grace of God of the United Kingdom of Great Britain and Northern Ireland and of Her other Realms and Territories Queen, Head of the Commonwealth, Defender of the Faith”, some African leaders who were either voted into office or assumed power after a coup, awarded themselves titles to indicate power.

These are some of the most notorious African leaders who honoured themselves with very long and bizarre titles used officially to introduce them. 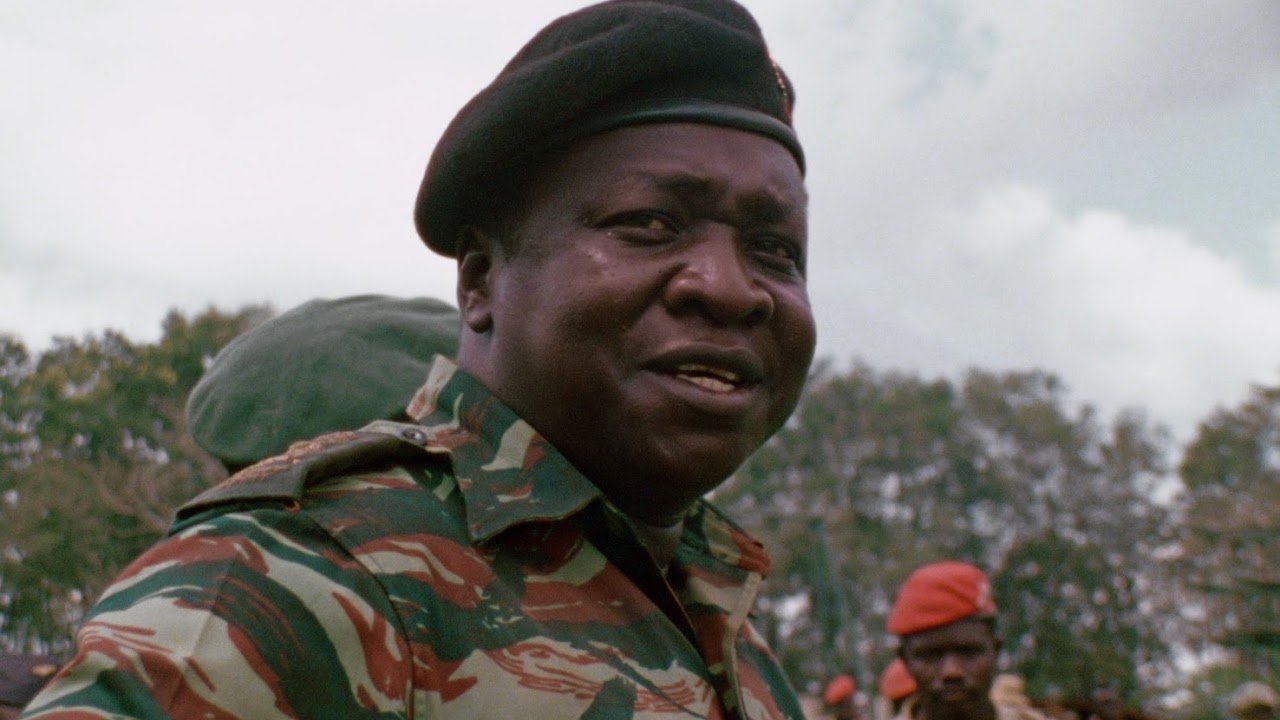 Before becoming president, Amin was a member of the King’s African Rifles, a subset of the British Colonial Army.

In 1971, Amin overthrew the regime of the second president of Uganda, Milton Obote.

During his administration, the Ugandan political climate was marred by corruption, persecution, violence, killings, a failing economy and misuse of government funds.

Amin, described as having an erratic temperament, displayed this behavior by bestowing several titles upon himself – without merit.

In 1971 after overthrowing the previous government, Amin gave himself the titles of Commander-in-Chief of the Armed Forces, Army Chief of Staff and Chief of Air Staff.  In 1977 after the British severed ties with Uganda, Amin declared that he had defeated the British and awarded himself the title of Conqueror of the British Empire (CBE).

ALSO READ:  Top 10 Wealthiest People of All Time (Bill Gates is 9th, guess who is 1st?)

He presented a doctorate of law degree on himself awarded from Makerere University as well as a fabricated Victorious cross made to copy the British Victorious Cross, the Distinguished Service Order and the Military Cross.

His official title was: “His Excellency, President for Life, Field Marshal Al Hadji Doctor Idi Amin Dada, VC, DSO, MC, Lord of All the Beasts of the Earth and Fishes of the Seas and Conqueror of the British Empire in Africa in General and Uganda in Particular.”

Amin also considered himself the uncrowned King of Scotland. 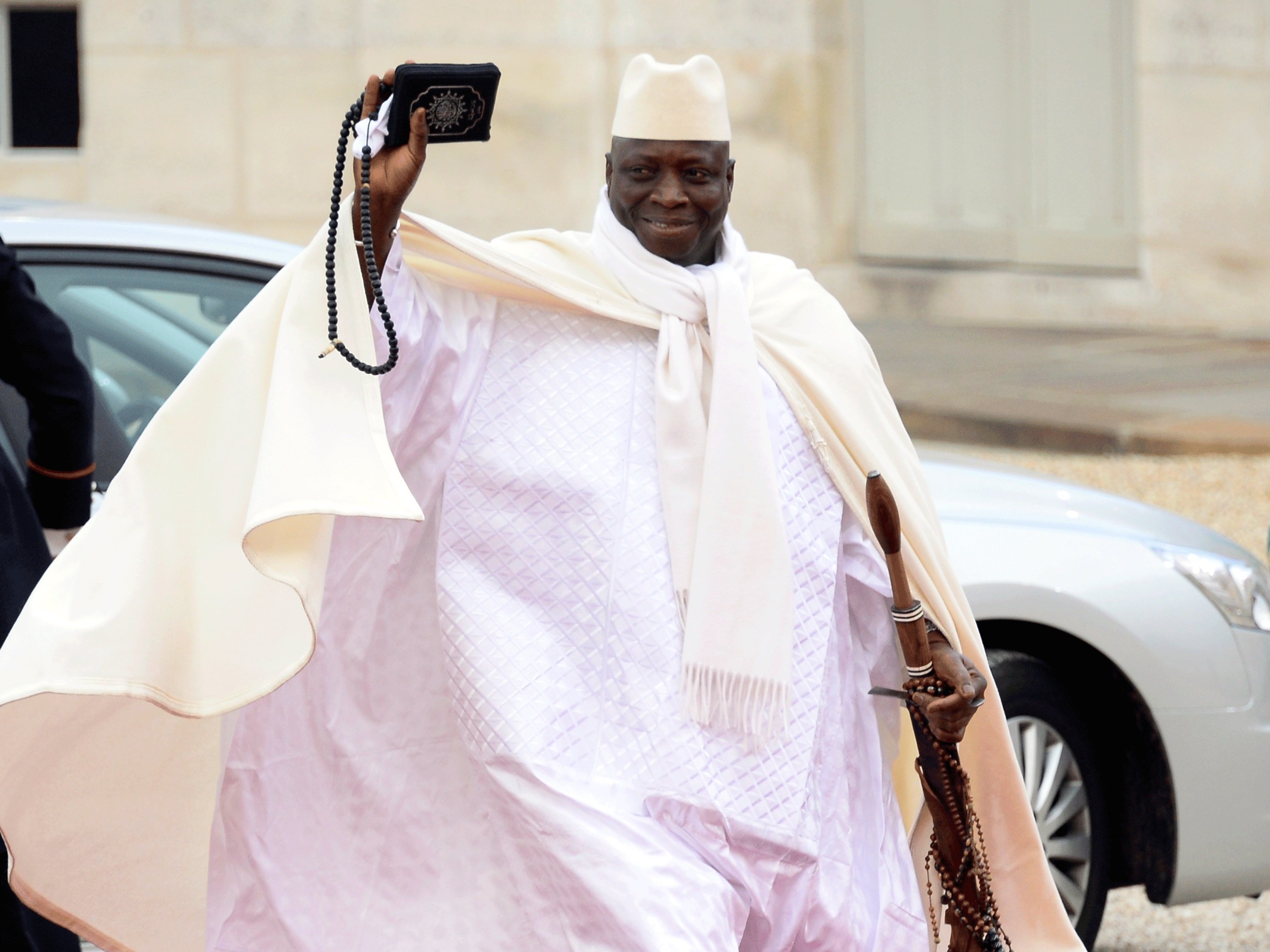 Yahya Jammeh or Yahya Abdul-Aziz Jemus Junkung Jammeh was the president of Gambia from 1996 to 2017. In addition, he was a politician and military officer.

In 1994, Jammeh along with four Army officers formed a coup against Dawda Jawara.

A self-declared medical professional, Jammeh has claimed to have cures for HIV/AIDS, asthma, high blood pressure and infertility.

In a statement released on June 16, 2015, from the State House in the Gambia, Jammeh wished to be addressed as: “His Excellency Sheikh Professor Alhaji Doctor Yahya Abdul-Aziz Awal Jemus Junkung Jammeh Naasiru Deen Babili Mansa.”

In 2014 he ceased using Babili Mansa which is a Mandinka name meaning Bridge Builder or Conqueror of Rivers.

In the Gambia, Jammeh is nicknamed “Papa Don’t Take No Mess.” 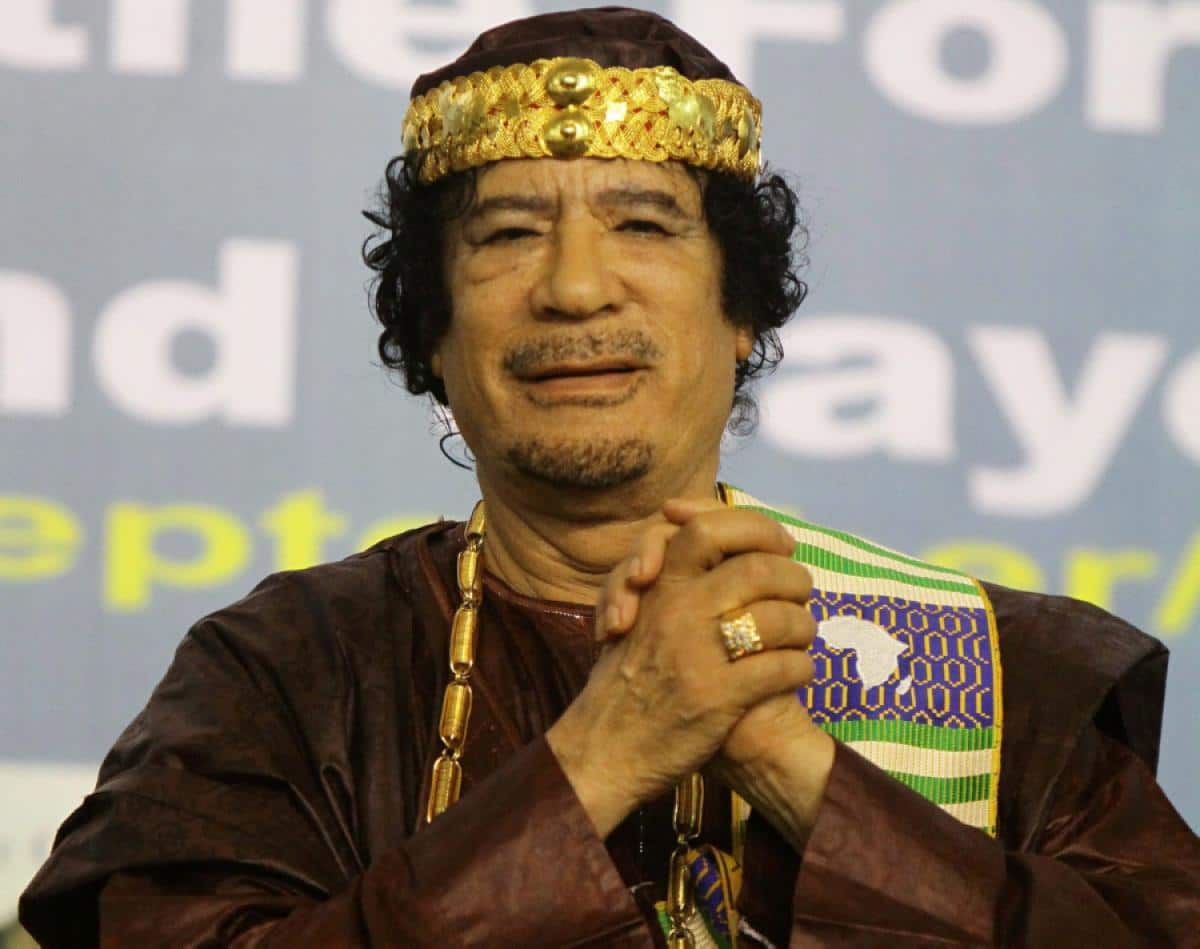 Colonel Muammar Gaddafi, the deposed leader of Libya governed the North African country from 1969 to 1977 and named himself the Revolutionary Chairman of the Libyan Arab Republic.

The titled changed between 1977 to 2011 when he was killed after an uprising. He was referred to as: “Guide of the First of September Great Revolution of the Socialist People’s Libyan Arab Jamahiriya, Brotherly Leader and Guide of the Revolution”. 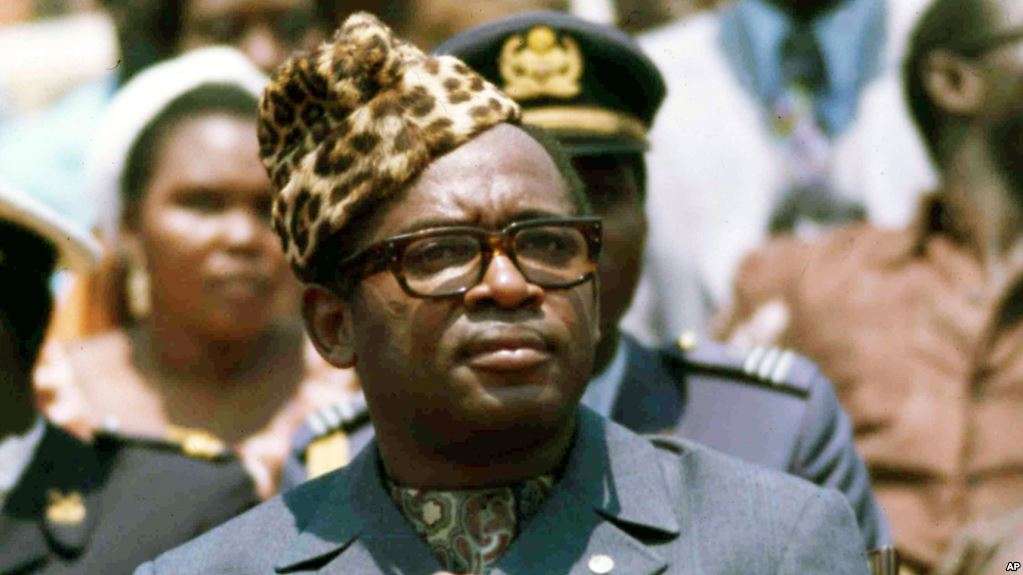 Joseph Mobutu, the former military leader who became president of Zaire, now the Democratic Republic of Congo, changed his name in a quest to “Africanize” himself and his state. He became Mobutu Sese Seko Kuku Ngbendu Waza Banga, meaning The Warrior who Goes from Conquest to Conquest Leaving Fire in his Wake. 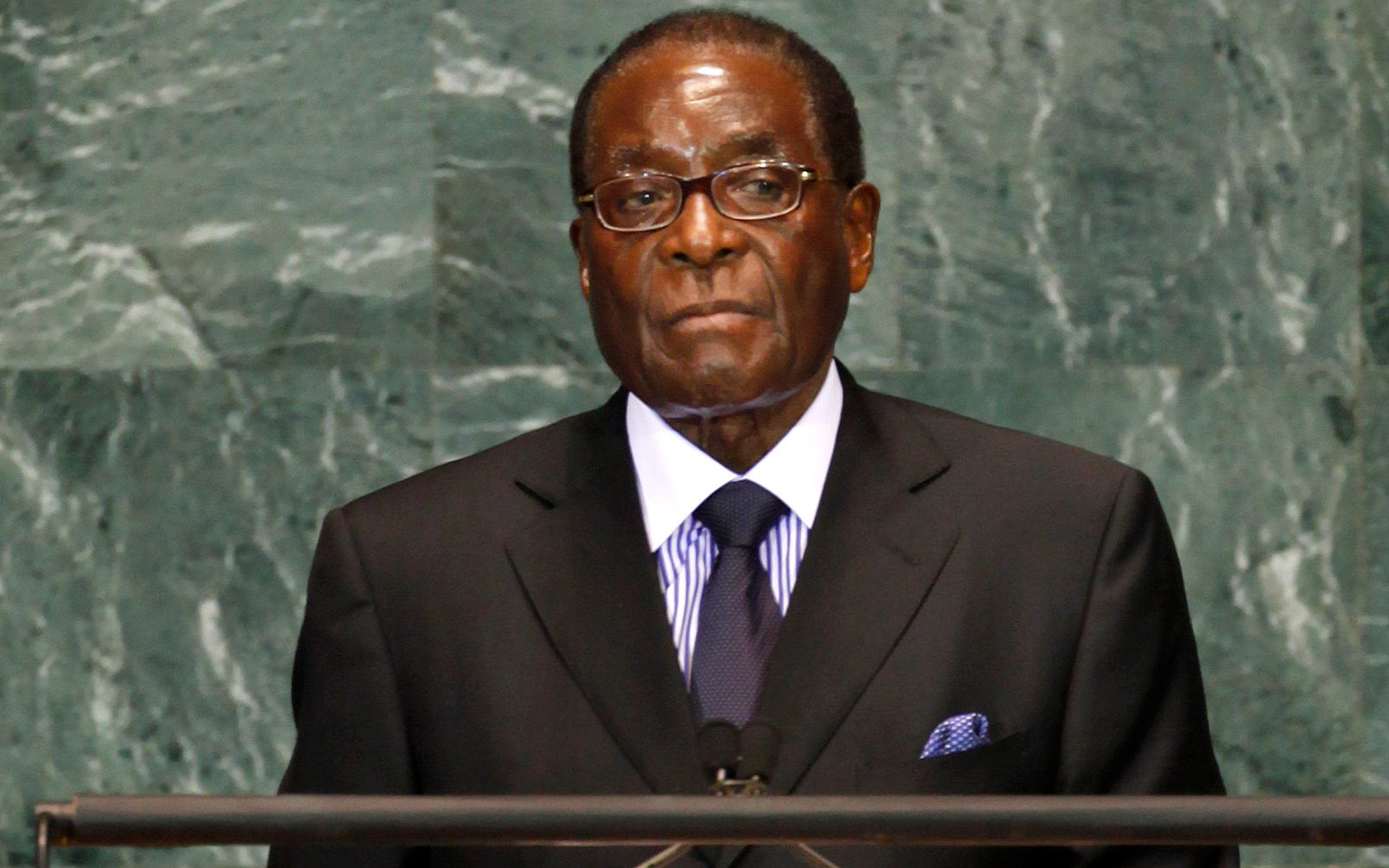 Before the longest-serving and oldest African leader was kicked out of office by the military in 2017, Robert Gabriel Mugabe was addressed as: “His Excellency, The President, Robert Gabriel Mugabe and Commander-in-Chief of the Zimbabwe Defence Forces, Patron of War Veterans, First Secretary of the Party and Chancellor of State Universities.”

He is also referred to as: “Supreme Leader, First Citizen of the Nation, Honorary Black Belt and Professor of Diplomacy.“
Loading...
217
SHARES
ShareTweetGet Stories like this
PinterestGoogle 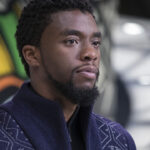 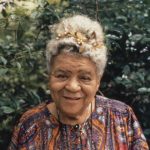