Whether they are professional players, referees or at the head of institutions, they live only for their passion: the round ball. On Thursday, March 8, International Women’s Rights Day, Le Monde Afrique has selected eleven women whose sole purpose is to develop women’s football on the continent and beyond.

A beautiful “model team” that could be coached by Clar Weah, the wife of Liberia’s newest president, who has been named as the women’s football ambassador for the Confederation of African Football (CAF) at the women’s football symposium held on Friday. Monday 5th to Tuesday 6th March in Marrakech. The wife of George Weah, the only African Golden Ball, will now have the task of promoting the soccer women on the continent.

Former UN official Fatma Samoura, 55, is the world’s most influential woman in sport . Secretary General of the International Football Federation (FIFA) since May 2016, the Senegalese has helped to strengthen the presence of women in the governing body of world football. At the Marrakesh symposium, FIFA’s number two asked for even more responsibility for women in football governance . His slogan ? “The woman is the future of football.”

ALSO READ:  US Slips Out of Top 20 Countries in the Latest Global Corruption Index

Lydia Nsekera, 50, is certainly the lady of the “first” in Africa and in the field of football. First woman president of a federation on the continent, that of Burundi , from 2004 to 2013, she holds her passion for the sport of her father, former leader of a large club of Bujumbura. It is also the first to have integrated the Executive Committee of CAF and FIFA in 2013, where she was subsequently re-elected for a term of four years. Finally, Lydia Nsekera has been a member of the International Olympic Committee (IOC) since 2009.

Former Moroccan Minister of Sport (2007-2009) and member of the International Olympic Committee (IOC), Nawal El Moutawakel, 55, chaired the work of the Women’s Symposium in Marrakech. The former Olympic champion in the 400m hurdles of the Los Angeles Olympics (1984) signs a comeback by inheriting the post of head of women’s football in the Royal Moroccan Football Federation (FRMF), which will file on March 16 th candidature for the organization of the 2026 World Cup.

ALSO READ:  Top 10 Countries Which Consume The Most Water In The World - Nigeria, the only African country!!

Sierra Leone’s Isha Johansen, 53, is responsible for women’s football at CAF. Founder of a football club in Freetown, FC Johansen, aimed at underprivileged young boys, she has been leading the Sierra Leonean federation since 2013. In the CAF Executive Committee, she advocates for more women’s places. in African football.

South African Sue Destombes is the only woman to run a football zone in Africa, not least since she manages the Council of Football Associations in Southern Africa (Cosafa). She is also responsible for major CAF events, for which she leads the protocol teams.

Nathalie Basque Léon, Director of the CAN 2021 Organizing Committee

Nathalie Basque Léon is the rising figure in the governance of Ivorian women’s football, after her appointment as executive director of the organizing committee of the African Cup of Nations (CAN) 2021. She also works for CAF and FIFA on everything related to protocol business.

A fan of football since her early childhood, a fan of Manchester United, Meskerem Tadesse Goshime was a player and coach of the Addis Ababa University team, with whom she won the title of university champion. A graduate of the FIFA / CIES program in sports management , she has been deputy general secretary of the Ethiopian Football Federation since February 2017 and was general coordinator of the Marrakech site at the last African Nations Championship (CHAN 2018).

Playful as a child, Togo’s Latré-Kayi Edzona Lawson-Hogban became the first woman member of the CAF referees’ commission, for which she officiated during the women’s CANs. She is now referee-instructor of FIFA and attracts more and more African women in the refereeing.

Asisat Oshoala, 23, is certainly the best African footballer of the moment. This talented Nigerian striker has been playing in China with the Dalian Quianjian club since 2017 , after playing for England’s Liverpool and Arsenal. She has won three times (2014, 2016 and 2017) the African Ball of Women’s Football and has been named in 2014 the best player of the Women’s Under-20 World Cup. Asisat Oshoala have scored 19 goals in the Chinese women’s championship this season.

The Cameroonian Gabrielle Onguéné was the revelation of the last women’s CAN, organized in her country in 2016: she was elected the best player of the competition. The 29-year-old striker played in China, the new women’s eldorado, and finished in 2016 and 2017 in second place in the African gold medal standings behind Asisat Oshoala.

Former Malagasy Minister of Communication Nathalie Rabe is CAF’s new director of communication. His appointment validates his many years in the institution as a press officer. Nathalie Rabe was previously a member of CAF’s panel of media experts . 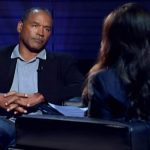 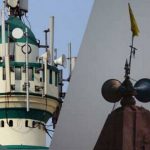