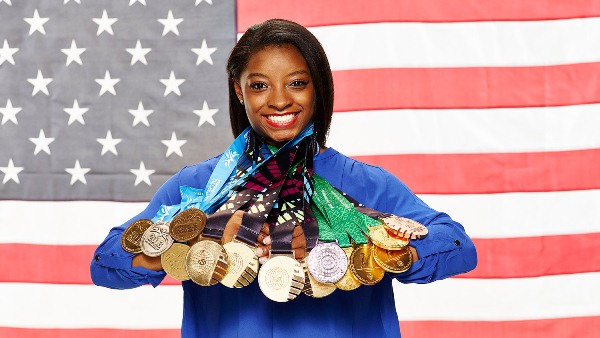 Simone Biles was abandoned by her father and drug-addict mother, adopted by Christian family, becomes the most decorated American female Gymnast in the world Championships History, with a total of 14 medals, 10 of them are Gold and could become greatest of all time at Rio.

American gymnast, Simone Biles, became the first woman to win three straight all-around titles at the World Championships, and is a member of the 2016 Olympic team.

Born in Ohio in 1997, Simone Biles has become one of America’s top gymnasts. After dominating at the junior elite level, she won her first U.S. and world all-around titles in 2013. In 2015, she claimed a record third straight world all-around title. After winning the all-around at the Olympic trials, she was named to the 2016 Olympic women’s gymnastics team.

Born on March 14, 1997, in Columbus, Ohio, gymnast Simone Biles has emerged as a champion in her sport. She and her sister, Adria, were raised by their grandfather Ron and grandmother Nellie, after their mother’s struggle with substance abuse problem.

Ron and Nellie eventually officially adopted the two girls, and Biles calls her grandmother “Mom.” Nellie has been a constant source of support through Biles’s rise in the world of competitive athletics; as the gymnast told CNN, “She encourages me and never lets me feel down about something for too long.”

Biles discovered her abilities at an early age. According to the official USA Gymnastics website, she visited a gymnastics center on a field trip with her day care group, noting, “While there I imitated the other gymnasts, and Coach Ronnie noticed. The gym sent home a letter requesting that I join tumbling or gymnastics.” Very soon, Biles was on her way to developing those natural gifts.

Simone Biles began competing as a level 8 gymnast in 2007, and by 2011 she had cemented her standing at the junior elite level. That year, she took the top spot in the vault and balance beam events and finished third in the all-around at the American Classic. She followed with an impressive series of showings in 2012, winning the vault and the all-around events at the American Classic, the Alamo Classic, the Houston National Invitational and the Secret U.S. Classic.

Biles soon emerged as a force to be reckoned with at the senior elite level, bursting into the spotlight as the all-around winner at the 2013 U.S. P&G Championships. Also that year, she delivered a historic showing at the World Championships by becoming the first female African-American athlete to win gold in the all-around. As she explained to The Hollywood Reporter, this impressive victory likely served as an example to other young gymnasts: “I think it inspires a lot of the little girls out there to go in the gym and train harder,” she said.

Biles continued to build on her successes in 2014, again taking the U.S. and world titles in the all-around competition. She also won gold in the vault, floor exercise, balance beam and all-around at the Secret U.S. Classic that same year. During her floor routines, Biles often executed what has become her signature move: a double-flip with a half-twist.

In 2015, Biles became the first woman to win her third consecutive world all-around title, giving her a record 10 gold medals at the international competition. Considered one of the country’s top Olympic hopefuls, she then resumed training for Rio 2016 at World Champions Centre, which is owned by her family, in Spring, Texas.

In July 2016, Biles wowed gymnastics fans with an impressive performance, winning the all-around title and first in the floor exercise and vault. She earned a spot on the 2016 Olympic team along with fellow gymnasts Laurie Hernandez, Aly Raisman, Gabby Douglas, and Madison Kocian. 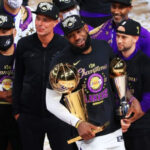 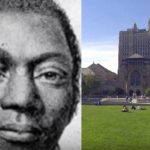