The great achievement of Girl from the North Country, Conor McPherson’s musical based on the work of Bob Dylan, lies in the ability of the writer-director and his musical supervisor, Simon Hale, to find shades of meaning within some of the songs that would surely surprise even Dylan himself, a famously protean interpreter of his own creations.

Those attending the show in the West End, following its opening run at the Old Vic, might even find a song or two being unexpectedly dislodged from its familiar niche in the memory bank as Dylan’s original recording is eased out in favour of a version from McPherson’s talented cast.

An example might be Tight Connection to My Heart, originally the opening track of Empire Burlesque, a largely undistinguished album from Dylan’s fallow period in the 1980s. McPherson gives it to the outstanding Sheila Atim, playing a young black woman adopted by an older white couple – who run a failing hotel – and abandoned by the man who has made her pregnant. An arrangement for piano and double bass, with a choir of cast members providing gentle harmonies in support of Atim’s direct, unaffected and perfectly poised delivery, helps McPherson locate an essence that the song may never have known it possessed.

ALSO READ:  The Unbelievable Story Of A 64-Year-Old Ugandan Woman Who Gave Birth After 24 Years Of Marriage

Very few of the two dozen numbers are obvious choices. Given free rein by Dylan to pick from his entire catalogue, McPherson avoids the temptation to fit his selections into a constructed narrative in the manner of a traditional musical. Instead he allows us to infer such connections as might seem appropriate or to accept them as a more abstract contribution to a story set in Duluth, Minnesota (Dylan’s birthplace, on the shores of Lake Superior) at the height of the Great Depression. It is peopled by a motley cast who might have sprung from the dramatis personae of the Basement Tapes or the shadows of Desolation Row.

ALSO READ:  Kanye West Photoshops Himself With Other US Presidents On The Famous Mount Rushmore

Introducing the published edition of his script, McPherson makes a perceptive observation: “It strikes me that many of Mr Dylan’s songs can be sung at any time, by anyone in any situation, and still make sense and resonate with that particular place and person and time.” This presents the dramatist with a licence to preserve the inherent mystery of Dylan’s work while giving it a new and enriched setting.

So here’s a piece of advice to the audience: don’t examine the programme’s list of songs in advance. Be ready, instead, to be pleasantly surprised when McPherson avoids the obvious by starting off with a couple of numbers from the 1970 album New Morning before choosing three tunes from 1978’s Street-Legal and two from 1983’s Infidels.

Prepare, too, to enjoy the way the music is deployed on stage, via an excellent four-piece band – Alan Berry on piano and harmonium, Charlie Brown on violin and mandolin, Pete Callard on various guitars and Don Richardson on upright bass – huddled in a rear corner, bathed in a nicotine light reminiscent of the subdued illumination adopted by Dylan for his latter-day tours. A drum kit is set up at the front of the stage, to one side; it is played in turn by several of the actors, their rudimentary but effective technique a clever reminder of the roots of Dylan’s music in homespun vernacular styles and amateur music-making.

Several songs are linked, sometimes to fine dramatic effect. When the baleful cadence of Jokerman, beautifully harmonised by female voices, interrupts the jolly ensemble hoe-down of You Ain’t Goin’ Nowhere, the blood freezes. Even Dylan might find himself wishing that he had thought of linking Sweetheart Like You and True Love Tends to Forget, beautifully delivered by Bronagh Gallagher and Debbie Kurup respectively, or that he had slowed I Want You to a tempo that allows the voices of Sam Reid and Claudia Jolly to turn it into a passionate lament.

The inclusion of Hurricane, Dylan’s true-crime song about a boxer wrongly accused of murder, represents one of the few false notes. Sung by Arinzé Kene, portraying a prizefighter turned fugitive, this rare moment of literal-mindedness gives way to a perfunctory All Along the Watchtower in a three-part medley salvaged by Atim’s beautiful reading of Idiot Wind.

Dylan has never been short of good cover versions, from the Byrds’ Mr Tambourine Man to the radical recasting of Like a Rolling Stone by the Italian rap group Articolo 31. The climactic Forever Young, led by the magnificent Shirley Henderson, belongs with the best of them, a highlight of an extended survey of Dylan’s work that is both a convincing stage show and, in the form of the original cast recording, an enduring act of homage. 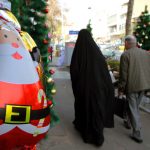 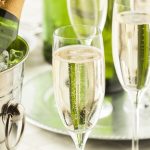