Edouard Ngirente takes his first steps in Rwandan politics. He succeeds a confirmed politician Anastase Murekezi who held this position since July 2014, after being Minister of Labor. Murekezi is a member of the ruling Social Democratic Party (PSD), which is part of the ruling coalition, largely dominated by President Kagame’s Rwandan Patriotic Front (RPF).

The new prime minister was sworn in on Wednesday (August 30th) before embarking on the formation of a new government. ”  We must create a government that represents all Rwandans,  ” President Kagame said.

Economist  at the World Bank

Ngirente is an economist by training. This new prime minister was a senior advisor to the World Bank’s Director General in Washington. Although he served in the Rwandan Ministry of Finance, the political profile of Edouard Ngirente and his personal life were very little mentioned in Rwanda.

Re-elected in early August with more than 99 percent of the vote, the Rwandan president has been in power since the RPF overthrew the Hutu extremist government in July 1994, triggering the genocide that killed 800,000 people between April and July 1994, Tutsi. 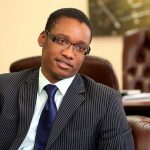 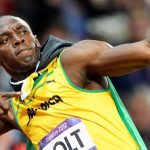