Paulette Brown has been the president of the ABA since August 4, 2015.

When Paulette Brown of Locke Lord LLP (where she is still the chief diversity officer) won the position of the president of the American Bar Association (ABA) in 2014, she became the first woman of color and third African-American person to achieve this goal. Today she is the immediate past president. Throughout her career, she has taken a number of positions, including in-house counsel to a number of Fortune 500 companies and a Municipal Court Judge. Brown served on the Section of Legal Education’s Council on Legal Education Admissions to the Bar and its Executive Committee. She joined the ABA Young Lawyers Division in 1976 and became active in the Section of Litigation in 1995, which has continued to be her section ‘home’ ever since. For the past 30 years, Brown has been involved in the private practice of law, specialising on all facets of labor and employment, and commercial litigation. She has represented employers in various cases. Paulette has received results in class action employment discrimination cases based upon race and wage and hour claims. She is also experienced in all aspects of workplace training and collective bargaining. 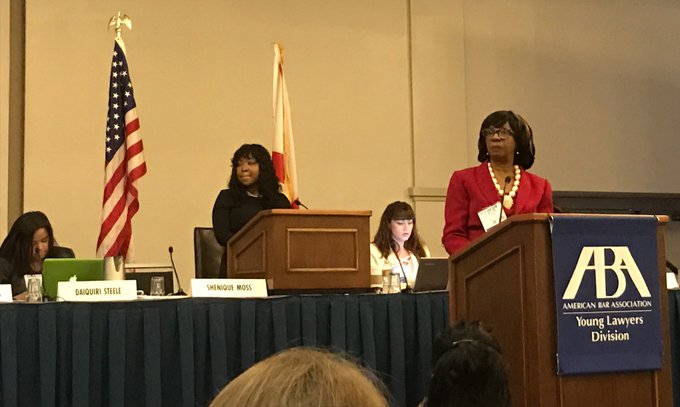 She has been a mem­ber of the ABA House of Delegates since 1997 and is a former member of the ABA Board of Governors and its Executive Committee as well as the Governance Commission.

While serving on the Board of Governors, Brown chaired the Program, Planning and Evaluation Committee. Sha was also a part of the Commission on Women in the Profession and used her experience to become a co-author of Visible Invisibility: Women of Color in Law Firms. Brown also chaired the ABA Council on Racial and Ethnic Justice (now Coalition on Racial and Ethnic Justice) and is a past co-chair in the Commission on Civic Education in our Nation’s Schools.

Paulette Brown to Receive the Beacon Award for Diversity and Inclusion from @BostonBar http://bit.ly/2js2EB6  @brown4lawyers

Locke Lord Partner and the Immediate Past President of the American Bar Association (ABA) Paulette Brown, has been selected by the Boston Bar Association to receive the Beacon Award for Diversity and…

For now, she is a former member of The Fund for Justice and Education (FJE), FJE President’s Club and a Life Fellow of the ABA.