Oussouby Sacko is the new president of Kyoto Seika University. A native of Mali, this architectural professor has made history by becoming the first African to lead a Japanese university. In an interview he gave to This Is Africa , academic Sacko explained that it is industriousness and hard work that are key to success in Japan, whether Japanese or foreign:  There is no secret in the Japanese system. It’s hard work and diligence,  “said Dr. Sacko.

It was in 2001 that Oussouby Sacko began teaching at this Japanese university after obtaining his PhD in architecture. Thereafter, he will have several promotions until he is elected Dean of the Faculty of Human Sciences in 2013.

ALSO READ:  This is Prof. Oussouby Sacko, the Malian Who is Shaking the Codes in Japan

”  During all these years, I learned a lot about the Japanese and their system. At the same time, I tried to develop my own ways of working with the Japanese in the workplace. There is also the language factor which is very important. To understand Japanese is to have references in Japanese culture. To survive in a culture that is not yours, you can not always allow yourself to think based on your own culture. Do not translate directly into the learning and adaptation process. We have to look for a system of adaptation peculiar to this foreign culture  , “he says.

The eldest son of a customs officer and a housewife, he grew up in Bamako, the capital of Mali. Outstanding student and resourceful, he manages to obtain a scholarship from the Malian government for graduate studies abroad.

By leaving his native Mali to continue his studies in China, Oussouby Sacko did not know that he was going to make a career in Japan. While visiting Japan during his stay in China, he fell in love with this country ”  I was impressed by their politeness, kindness and also by the cleanliness of spaces, big or small.I told myself that Japan could be an inspiration for us Africans because their path is not very far from ours and their social system is not very strange to us  “.

For this academic, Africans can prosper as well as the Japanese if they adopt the seriousness and integrity that characterize them ”  In Africa, we are rich in many senses, but we do not have too much serious in the work. Even if you want to do well, the others will not follow you. One often thinks only of oneself, of one’s immediate interest and of short duration, whereas the Japanese think of generations. “.

“I do not think his election has much to do with promoting the diversity of the university,” says Ryo Ishida, chairman of the Kyoto Seika board. “He was voted the best university leader among his colleagues,” he told the New York Times.

In Japan, migration policy is sometimes criticized. If last year Japan reached a record of more than 2.5 million, of which about 15,140 from African countries, it remains well below the world average. Foreigners represent less than 2% of the 127 million inhabitants, compared to 3.4% of South Korea, 14% in the United States, and far from 40% in Hong Kong. 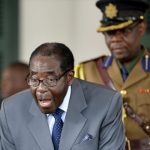 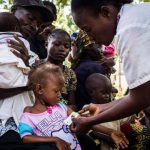