Oba Obateru Akinruntan is the Olugbo (traditional King) of Ugbo land, a small oil-rich community in Ondo state, in Nigeria’s southwestern region. Oba Akinruntan, who ascended the throne in 2009, is also the founder of Obat Oil, one of Nigeria’s largest privately-held oil trading companies. He founded the company in 1981 with a single gas station to meet the needs of his family and neighboring community.

OBAT Oil now owns more than 50 gas stations across Nigeria as well as one of the largest tank farms in Africa- a modern storage facility that has the capacity to store 65 million liters of petroleum products. He also owns an extensive portfolio of prime commercial and residential real estate in London and Nigeria, including the landmark Febson Hotels and Mall in the Central Business District of Abuja.
In March 2014 Forbes estimated his net worth as US$300 million. Obateru is ranked by Forbes magazine as the second richest King in Africa and the richest in Nigeria. He surpassed the late King Olubuse II, the Ooni of Ife, with $225 million and the Swaziland King Mswati III by over $200 million to become Africa’s second richest king in 2014 behind Mohammed VI of Morocco.

He has a custom built 2012 Rolls Royce similar to that of Queen Elizabeth II and on January 14, 2014, in an interview with Daily Post, he said “I have a $1 million watch, I use the same type of car like the Queen of England”. 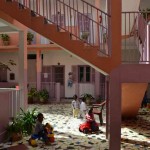 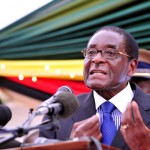