Miko Rwayitare, who died in Brussels at the age of 65, was rightly known as the father of telecommunications in Africa. 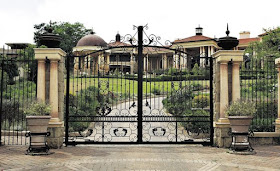 Telecel International, the telecommunications company started by him in 1986, now commands the greatest cellphone network across the African continent.

It has more than 15 licences, operates in 14 African countries and has around 40 % of the sub-Saharan cellular market excluding South Africa. 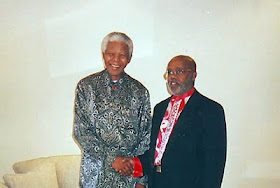 Born in Rwanda on December 2 1942, Rwayitare did most of his schooling in Germany, where he also completed a degree in telecommunications engineering.

On his return to Africa he settled in Kinshasa in what was then Zaire. He became a close friend and confidant of Zairean dictator Mobutu Seso Seko, which opened the door to several lucrative business opportunities.

Mr. Miko did his primary education in Rwanda and completed his secondary education in the DRC, before proceeding to Europe to further his studies and obtain a BSc Degree in Electronic Engineering from the prestigious Technical University of Karlsrushe, Germany, in 1975.

Upon return from Germany in 1975, he became Vice-President of Research & Marketing at Gécamines, the state-owned mining conglomerate in the DRC. The extensive exposure and experience gained at Gécamines opened wide horizons for his business instincts. Thus, while holding his top executive post, he gained recognition of the emergence of information technologies in North America and Europe and quickly realised their impact on global business.

He soon successfully negotiated to become a distributor of Hewlett-Packard and Rank Xerox products in the DRC and its neighbouring countries. For this purpose, he formed a company called Computer & Industrial Engineering (“CIE”) in 1977 in Kinshasa. CIE became so successful that it soon expanded the distribution of HP products in Africa, namely in Gabon, Rwanda, Cote d’Ivoire, Senegal and Ethiopia.

Mr. Miko being a born visionary soon realized that he can not work for someone but for himself. Having been frustrated with the poor landline infrastructure in Kinshasa, he saw an opportunity to start a wireless telecommunications business. 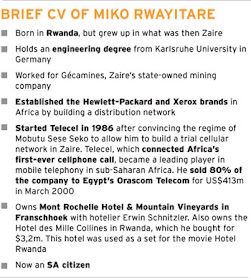 In 1986, he founded Telecel International with the objective to design and operate cellular telecommunication networks. After many months of arduous negotiations with the Congolese Government, Telecel was allowed to develop in 1987 in Kinshasa, the first ever mobile cellular network on the African continent. Mr. Miko made the first ever mobile call on the African continent, prelude to the African renaissance. This network was a great success and it rapidly expanded to other towns and suburbs of the country.

Motivated by the success of Telecel DRC operations, Mr. Miko devoted himself to the introduction of wireless telecommunications in other African countries. He indeed played an instrumental and trailblazing role in deregulating the telecommunications sector in Africa by influencing African government to open this sector to private investors. Gradually, Telecel International obtained cellular operating licenses in other African countries and became a key African cellular operator with 12 operations in the following countries: Benin, Burkina Faso, Burundi, Côte d’Ivoire, Gabon, Niger, Uganda, Central African Republic (CAR), DRC, Togo, Zambia and Zimbabwe.

In order to achieve his Pan-African dream, Mr. Miko in the year 2000 decided to join hands with the Egyptian giant, Orascom Telecom. This historical deal opened the doors for Telecel International to more opportunities for expansion within the African continent.

Miko believed that the future world of telecommunications exists today through Broadband Power Line Communication (PLC), which converts the existing electrical grid into a high-speed data, voice and video network.

Imagine a world Where every power socket in your home or office is a broadband communication point, without the need for separate cabling, Where Internet telephony is of high quality and does not require you to have a computer, a world where high quality surveillance and security systems are cheap flexible and easy to implement, and video streaming and video-on-demand through IP TV become affordable and available to more communities, previously could not afford or access. This is the vision for which Miko had begun when establishing GTS. At the time of his death many homes in South Africa and rest of the African Continent had this opportunity a large number are currently enjoying these services. 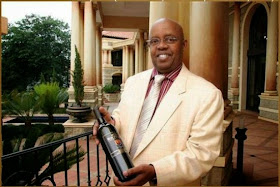 From his very first contact with the founders of GTS at the end of 2004, Miko saw that it was the cornerstone of the Next Communication Giant. In July 2005, Miko took a majority interest in GTS and provided finance allowing the hiring of staff and purchase of equipment. The conversion of a business idea into practical implementation had started. Over the next two years, Miko drove the acquisition of what was to form a complete chain of broadband communications to the homes and a comprehensive provision of broadband services to individuals. Today, Miko’s dream has progressed in such a way that it will indeed change the lives of the people of Africa, providing a level entertainment and knowledge unknown before. Much more than only finance, Miko provided to GTS unequalled leadership and business expertise.

As a contribution to the society on poverty alleviation, Mr. Miko was invited by the United Nations to join the Advisory Panel to the UN Secretary General. This Panel was accredited with the task of advising with the ways to ease the sufferings of the people.

Mr. Miko was also working on another momentous project the “Academy of Excellence”, which is conceived to be a Pan-African, world-class university of academic excellence for the Africans. This project highlights Mr. Miko’s deep commitment to investing in the youth who represent the future leaders and thinkers of the African continent. Through this high-tech school, the youth will be trained and shaped into leaders in the key fields of development in Africa, notably Agriculture, Health, Genetics, Leadership, Human Resources, Education, and ICT.

Africa has been orphaned by this untimely death when Mr. Miko had not finished his contributions to Africa.

We would like to end by thanking God for the mercy he has shown us at this sad time. Above all we give thanks for the life of a man we are all so proud to be able to call a special friend who will forever be immortal in our minds