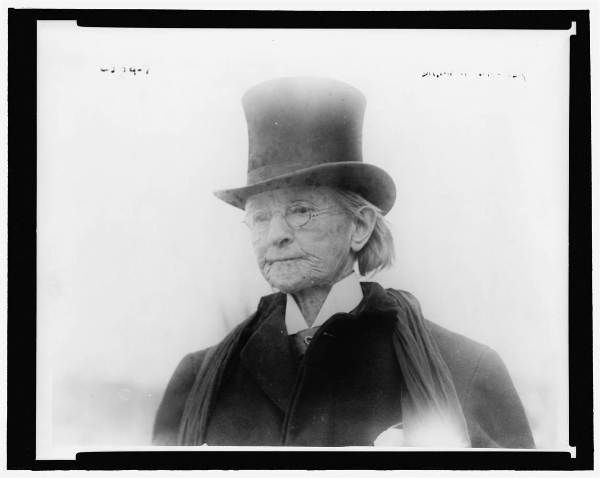 Mary Walker was a physician and women’s rights activist who received the Medal of Honor for her service during the Civil War.

She was born in New York State in 1832 in the town of Oswego. Mary was the youngest of seven children. Her parents were determined their one son and six daughters were given equal opportunities. Dissatisfied with the standard approach in schools, they founded their own local school to ensure girls would receive the same education as boys. She was also encouraged to wear the more practical boy’s clothes instead of the constricting clothes designed for women at the time. It became a habit that lasted her whole life.

Mary’s ambition was to become a doctor at a time when few women followed that path. Most medical schools did not accept women although a few were catering just for women. However, Mary applied to Syracuse Medical College, one of a small number of faculties which allowed women to study alongside men. Despite the University’s commitment to gender equality, when Mary graduated in 1855 she was the only woman in her class.

When the Civil War began, Mary volunteered to join the Union Army. Despite her qualifications, she was employed as a nurse as the army did not recognize women as surgeons. As the war progressed, she was able to use her skills and did work as a surgeon but only by doing so as a volunteer. She was on the front lines at some of the most famous Battles including the First Bull Run, Battle of Fredericksburg and the Battle of Chickamauga.

Later the Union Army changed its policy. Perhaps it realized that highly skilled women like Mary were too good a resource to waste. In 1863 she became the first women to be appointed as an Army surgeon serving first with the Army of the Cumberland and later with the 52nd Ohio Infantry.

True to her medical vows Mary’s priority was to relieve suffering wherever she found it and she was prepared to cross battle lines to fulfill her obligations.

On April 10, 1864, while assisting a surgeon from the Confederate Army who was carrying out an amputation she was captured and imprisoned. The Confederates thought she must be a spy. Mary remained a prisoner in the South for several months before being released as part of a prisoner exchange. She was able to return to her role with the 52nd Ohio.

Perhaps it was due to her own experience in prison, that she later took a post looking after women prisoners.

In 1865 Mary Edwards Walker received the Medal of Honor in recognition of her services to the government and the “patriotic zeal” with which she devoted herself to tending the wounded.

In 1917, in a motion blamed on a technicality and motivated by a desire to shrink the pension rolls, Walker had her Medal of Honor revoked with 910 other people. It’s rumored she continued to wear it until her death two years later. But in 1977, her commendation was restored under the Carter administration, and to this day, Walker remains the only woman to have been awarded the Congressional Medal of Honor.