Arnold, 46, was raised in a middle-class family and worked her way through Harvard, she wrote in aJuly 2010 letter announcing her decision to sign The Giving Pledge . She and her husband John, a former securities trader, now have a collective net worth of $3.3 billion, according to Forbes . John was a trader at Enron before the corporation’s collapse in 2001. He then founded hedge fund Centaurus Advisors, which, according to Forbes , is the primary source of the couple’s wealth.

In 2012, Arnold and John made the decision to dedicate their lives to philanthropy full-time. Four years prior, the couple signed the Giving Pledge and opened a private foundation that focuses on education, health, tax policy, and criminal justice.

In July, Laura Arnold joined the board of REFORM Alliance , the criminal justice-focused advocacy group founded by Jay-Z and Meek Mill. The Houston-based philanthropist is a long-time supporter of criminal justice reform, and has donated to the issue, she told Business Insider.

ALSO READ:  Hillary Clinton Reportedly Set To Contest For Another Post This Year!! – (See Details Inside)

Read more : Less than 1% of the world’s billionaires donate to housing and shelter charities. Here are the top 10 causes the world’s richest people give their money to.

“Laura is one of the leading minds and mobilizers on criminal justice reform and we’re fortunate to have her on our team,” Jones said in a statement. “Her addition to our founding board will strengthen our platform and bring more experience in this fight.

Arnold spoke with Business Insider to discuss REFORM’s plan. This interview below has been edited for length and clarity.

Business Insider: You’re a lawyer by trade, but philanthropy is now your full-time job. What inspired you to make the switch?

Laura Arnold : Philanthropy has always been a core value in our family. It is important to us to leave behind a better country than we were born into. Having achieved financial success early in our lives, we had the enormous privilege of making this mission our full-time job. That journey morphed into what’s nowArnoldVentures.

BI : How do you decide where to donate your money?

LA : We focus on very difficult, intractable issues that impact a large number of people including prescription drug prices, the quality and cost of health care, and reforming the criminal justice system. These issues are the result of system failures, whether it’s misaligned incentives, a status quo supported by little or no evidence, or the outsized power of entrenched interests.

BI : Today, philanthropists are facing increasing criticism from those who believe that elected officials should bethe ones who decide how those problems are solved. Do you agree?

LA : At Arnold Ventures we focus on policy change because we believe government is the most important and powerful change agent for the American people. But government is not without its issues, chief among them a lack of evidence-based policymaking, slowness, and risk aversion. Philanthropy has an important role to play in acting nimbly and taking on risk the government won’t.

At the same time, if philanthropists are going to work on policy change, they must be held to the same high standards we would expect of anyone in a position of power in the democratic process. So, well-reasoned critiques of philanthropy are just as important and healthy as all critiques of the way power operates in our democracy. We embrace this conversation.

BI : One of the areas of public policy you’re focusing on is criminal justice, and you’ve said you’d like to start with the parole system. Why there and not somewhere else?

LA : Over 4.5 million people are either on probation or parole in the United States today. Almost half of state prison admissions nationwide are due to revocations of probation or parole. It’s a system that is deeply broken, inefficient, and unfair.

There are a number of reasons to focus on parole. First, like many decision-makers in the criminal justice system, parole authorities have an enormous amount of discretion in who they release and who they deny, as well as in considering how to respond to revocations. In the era of mass incarceration, we’ve seen parole boards become increasingly reluctant to grant release and increasingly punitive in response to parole failures. Ensuring these important decisions are fair, rooted in evidence and best practice, and supportive of safe decarceration would lower prison populations while protecting community safety.

Second, there’s a lot of opportunity to better understand what causes parole violations and how the system itself could be redesigned to more effectively address the issues often, mental illness, substance use disorder, and poverty that lead to violations.

With probation, as we’ve seen in Meek Mill’s case , what is supposed to be an alternative to incarceration often acts as a feeder system. That’s because our probation systems, by and large, don’t focus on what supports people need to remain out of the criminal justice system. Rather, the culture and policies are overly punitive. A quarter of all state prison admissions in America are the result of technical violations to probation and parole, according to the Council of State Governments Justice Center. Those slip-ups can be as minor as missed paperwork or one failed drug test, and yet our response in many cases is to incarcerate people. This is unjust, inefficient the goal of the probation system is to help people stay out of prison and a huge waste of public resources: Imprisoning people for technical violations alone costs states $2.8 billion a year.

BI : Why did you choose to work on this with REFORM?

LA : REFORM’s plan is ambitious they’re aiming to dramatically reduce the number of people under community supervision in the next few years. The group has brought together people with different political perspectives and people with lived experience in the justice system. And they’re operating with a sense of urgency that reflects the magnitude of the problem.

BI : What exactly do you hope to accomplish?

LA : Our probation and parole systems act like a tripwire, often punishing people even imprisoning them for minor supervision violations. That flies in the face of what community supervision was intended to be: a path away from incarceration and toward rehabilitation. We want to see probation and parole systems refocus on promoting success for individuals and communities. That means systems that are less punitive; more effective at addressing people’s needs and reducing recidivism; and smaller, focusing only on the people who need support to stay out of jail or prison. 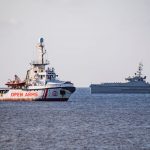 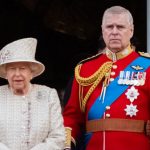