A photo of two gay fathers has gone viral on the Internet — but maybe not for the reasons that you would expect.

Kordale and Kaleb are two proud dads who have developed a substantial following on social media over the past several months. However, the pair’s most recent Instagram photo reportedly sparked a wave of homophobic backlash through Twitter users who seemed to take issue with the idea of two gay black men raising children together.

ALSO READ:  Meet The Young Ghanaian Genius Who Built His Own Car At 14

As reported by NewNowNext, many of the negative tweets have since been deleted. However, even some of the positive reactions to the photo seemed problematic, such as “finally a black gay couple.”

Mused Magazine reported that most of the positive reactions seemed to hit on two key points: “1. The fact that this was a black gay couple. 2. That it was nice to see black men taking care of children.”

The controversy surrounding this photo raises larger cultural questions about expectations of masculinity and parenting, as well as what types of bodies and experiences are considered “normal” when talking about the LGBT community.

This isn’t the first time a photo of an African-American man taking care of his children has gone viral on the Internet.

This is what they said…

As far as the positive; yes we are two gay men with three kids who have no problem with preparing them for their education every morning; that comes with anything and everything they may need for school! Our kids are blessed to have three parents (Kordale, Kaleb and their Mother) who love, care and support them in every decision they have made and will continue to make as they get older. We are blessed to have the ability to provide for them in ways that a lot of people cannot for their family, which ultimately makes us happy knowing that they don’t want for much! Our main objective as parents is to provide, love, educate, support, encourage, and love some more!

In regard to the negative, people fail to realize that we are people too with kids who love us. We do what is necessary for them to succeed in this ever-changing world but it’s sad that we’re discriminated against because of our sexuality and/or what we do behind closed doors — which is no one’s business. In the same breath, we take all of what’s been said in stride. The picture was put out on social media for an opinion so we can’t be mad when people give just that: an opinion. People tend to think that gay people cannot raise their children to be heterosexuals. Instead, they have derogatory thoughts of us “tainting” our children or “confusing them” with what society sees deems as wrong an unmanly because we’re gay. But this is all comical because people forget where a lot of gays come from: a heterosexual household.This is another prime example of where we are as a nation in 2014 — continuous discrimination against gays. Being gay is the new normal for a lot of people and judgement isn’t needed, just equality! We may be gay but this does not mean we are incapable of what a heterosexual couple is capable of! Us gays are just as educated and passionate about what we do and how we do it! 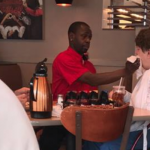 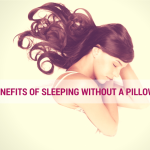