One of the first Black preachers in America was John Marrant, who came to Christ during the Great Awakening Revival, after hearing the preaching of Rev. George Whitefield in Charleston, South Carolina in the year 1770. 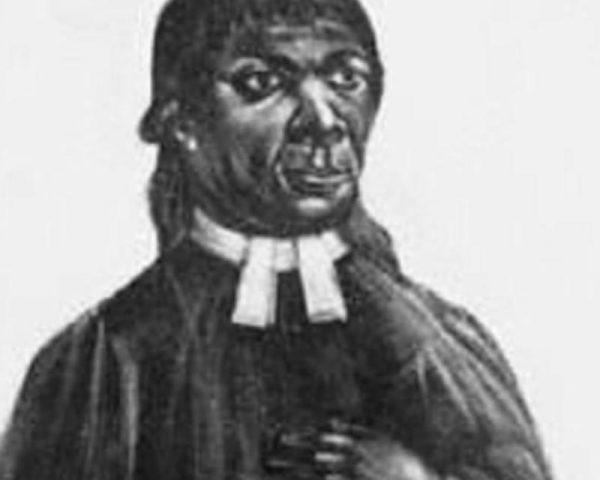 John Marrant lived a life of adventure and hardships in order to serve God. He was born in 1755 in a free black family in New York. His father died when he was four. Marrant lived with his mother and siblings in several colonies until he settled with an older sister’s family in Charleston, SC, in 1766. He enrolled in music school where he learned to play the French horn and violin. By the age of thirteen, he was a sought-after musician for dances and parties.

One night on his way to a social, a friend challenged him to go into a church where evangelist George Whitefield was preaching and blow his French horn to upset the meeting. As Marrant prepared to blow the horn, Whitefield announced his text from Amos 4:12: “Prepare to meet thy God, O Israel.” Under conviction, Marrant passed out.

After recuperating, Marrant talked and prayed with the preacher until he was relieved of his guilt. His sister did not agree with his new found faith and Marrant made plans to return to the house of his mother. He was met only with animosity due to the change in his life.

At fourteen, Marrant left home to wander in the wilderness where he was rescued by a Cherokee hunter who took him to the Cherokee village. Sentenced to death in the Cherokee village in spite of the hunter’s pleas, Marrant won his life through prayer and led several people to the Lord.

He was coerced into the Navy by the British where he served for seven years. However, during that time he backslid and after being released from the Navy in the 1780s, he met evangelist George Whitefield again and renewed his walk with God, In 1785 also, he received a letter from his brother who lived in Nova Scotia, urging him to come to Nova Scotia to preach. Marrant started a church in the free black town of Birch Town and ministered to the Indians in the area for four years.

Marrant became Chaplain of Prince Hall Grand Lodge Free and Accepted Masons, one of the first institutions in Massachusetts to call for the abolition of slavery. Due to this group’s work, Boston abolished the slave trade in 1788. John Marrant left for England in 1790 and died in 1791 at the age of only thirty-six.