Johaar Mosaval persevered in the face of prejudice, inspired SA’s most famous heart surgeon and captivated a queen. He spoke to Eugenie du Preez about his remarkable career. 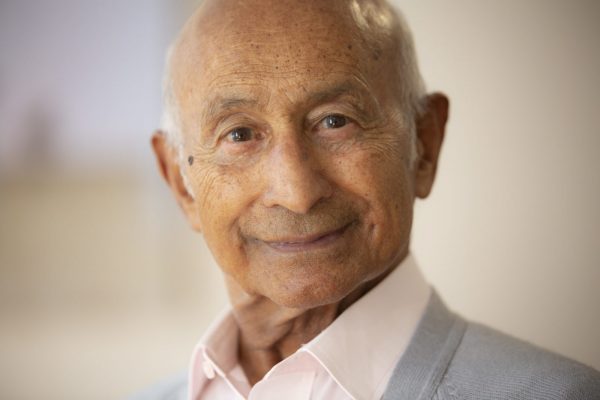 Had it not been for the dark shadow of apartheid, Johaar Mosaval’s life story would read almost like a fairy tale. He grew up in District Six, was invited to join the University of Cape Town ballet school, won a scholarship to one of the most famous ballet schools in the world and went on to have a long and illustrious career as a principal soloist with the Royal Ballet.

Speaking on the sidelines of a dress rehearsal for a show in his honour by the Cape Town City Ballet, Johaar reminisces about some of the highlights and low points of his remarkable career and life.

Belying his 90 years, his slim body still has a dancer’s erect posture. He is patient and courteous with admirers who clamour for selfies, and is clearly a much-loved figure among those who know and remember him.

WHERE IT ALL STARTED

Speaking about his youth, Johaar tells how he was summoned by the two leading imams at the Azzavia Muslim school he was attending. His photo had appeared on the front page of a weekly paper, and they were keen to find out what ballet was. “Of course, they thought that ballet was dancing like the coons (Cape Minstrels),” chuckles Johaar. Right there and then, using a window sill as an improvised barre, he took the astounded brothers through a ballet class.

His parents were greatly perturbed when they, too, were summoned by the imams that same evening. “What the hell have you done, that we should be going up to the mosque and be asked questions about you?” said his father.

But they had nothing to fear. Knowing of Johaar’s ambitions to study in London, the imams said: “Tell Johaar what we have seen today was absolutely remarkable, and we would be standing behind him. But do tell him to promise us that he will be a steadfast Muslim.” It is a promise he has always kept, says Johaar.

When still in Cape Town, Johaar was chosen for the part of Dr Coppelius in the ballet Coppélia. Unbeknown to him, a very young Christiaan Barnard, then in his first year at university, had been dragged to the same performance by his mother. In the ballet, a dotty alchemist is tricked into believing he has brought his favourite doll Coppélia to life.

ALSO READ:  This Black German Ballet Dancer Was Told She Was Not The Right ‘Aesthetic’

“I thought to myself ‘I am going to take some magic out of the book’ and give the doll a heart. I showed the heart that I was going to give Coppélia to the audience (Johaar gestures the shape of a heart), and pushed it into her body.” When the doll suddenly came to life and started to dance like a human being, tells Johaar, the young Christiaan “was so enraptured that he said to himself ‘I think I’m going to do heart surgery’.”

Years later when on holiday in South Africa, Johaar was contacted out of the blue by a very grateful and now very distinguished heart surgeon, who invited him and a few friends to a party in his honour. “When we arrived at the hospital, he was so enchanted that he lifted me off the floor and said: ‘Come, I want to take you upstairs to meet my whole crew that did the first heart transplant’.” 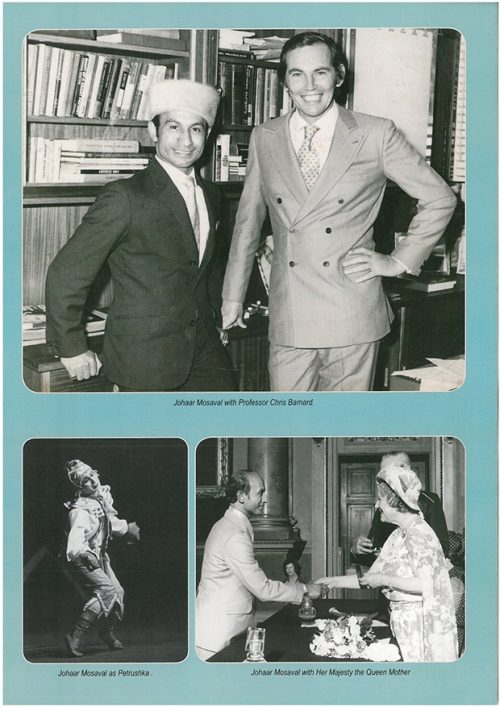 FREE AS A BIRD

Arriving in London was heady stuff, after all the restrictions the sensitive young boy suffered at ballet class during the height of the apartheid era in the late 1940s. He describes his delight at the helpfulness and courtesy of the people around him: “That was for me very exciting, and it made me feel as free as a bird.”

But it took time to sink in: “One of those things always on my mind was that I am now free, but I still had the fear of opening my mouth at the wrong time – that was with me for a very long time.”

London took to Johaar right from the start. “I was chosen to dance for Queen Elizabeth at her coronation in 1953 – my very, very first solo – and not only for the queen, but I danced for every king and queen of the world and every president of the world who was invited to the coronation. That for me was the cherry on top in my life.”

Another fond memory is his special relationship with the Queen Mother, as the mother of Britain’s Queen Elizabeth was known. “I was often invited to dinner, to tea and I actually became her very favourite dancer. She would always say that the Royal Ballet should see that I was dancing at every royal gala performance. For me that is most outstanding in my life as well.” What was she like, I can’t resist asking. “Oh, fantastic!” enthuses Johaar, adding that she was a “gracious lady” who was a keen promoter of the arts.

COMING BACK TO SOUTH AFRICA

When Johaar came back to South Africa in 1976 after 25 years with the Royal Ballet, with the ink barely dry on a teaching qualification created especially for him, he was in for a rude awakening. “I was restricted, even where salary was concerned, and that for me was disgusting.”

Nevertheless, he became the first black dancer to grace the stage of the Nico Malan Opera House – now the Artscape theatre – in 1977, and has since been honoured with many awards.

Today of course the ballet stage presents a vastly different picture, with dancers of colour very much in evidence at every performance. Johaar says simply: “For me it is as if everything is there today, where people can just grab and take and choose whatever profession they would like.

“As I see mixed dancers on stage now, it is so wonderful because I never had the opportunity. They have freedom and there’s nothing to be scared of. I was afraid to ask other dancers for help – I never was able to express myself freely in South Africa.” 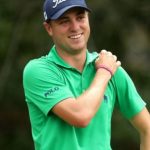 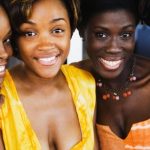