Egyptian artist Hany Genedy focuses as he carefully pours white salt onto a black surface to create an image of actor Al Pacino. 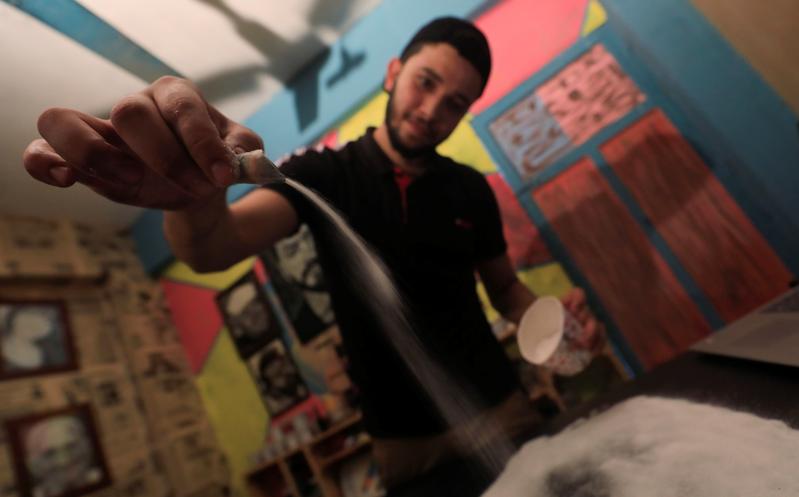 Genedy experimented with materials such as leaves and money before settling on a substance he says is versatile and cheap, salt.

Genedy, who crafts images of Egyptian and international celebrities and landmarks, says he thinks only a handful of artists worldwide use the mineral.

Surrounded by assorted colours of salt in his home studio in a village in the Nile Delta province of Sharqia, the 24-year-old says he developed a secret technique to fix his images.

“At first it took me four or five hours to make a picture with salt then I had to erase it, but later I had the idea of looking for a way to preserve these works,” he said.

“After several attempts, I was able to find a way to fix the pictures,” Genedy said, adding some of his salt works have been hanging on the wall for more than three years.

He makes a small income from selling paintings but hopes his salt art will win recognition in Cairo and internationally.