The Nigerian Hallowed Olaoluwa is sending African researchers whose future is very promising. A focus on his career allows to give a great distinction to the one who was 23 years old the youngest Doctor in Mathematics of the African continent.

Hallowed Olaoluwa was 13 years old, the youngest student in the Central African Republic (CAR) to earn the Mathematics baccalaureate series with the highest grade in mathematics in the country.

He is then admitted to the University of Bangui in mathematics and physics; three years later simultaneously obtaining two licenses in both disciplines.

At only 23 years old, he is the youngest student to obtain a doctorate in mathematics on African soil.

Today, he is a senior lecturer at the University of Lagos and at the same time continues a career as a postdoctoral researcher at Harvard University in the United States.

His research interests include “quantum ergodicity in mathematical physics, which in the long run applies the optimization of different systems in computer science, thermodynamics, optics, etc.” .

He was one of the 15 winners of the first edition of the Next Einstein Forum (NEF) held from 8 to 10 March in Dakar (Senegal). 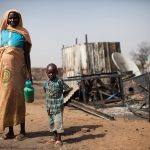 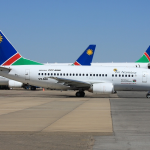