Ogunode on broke the Asian record of the men’s 100m at the Asian Athletics Championships as he ran a time of 9.91secs to lower his previously held record of 9.93 secs.

Speaking on his latest achievement, Ogunode, who was virtually frustrated out of Nigeria to the Middle East, stated on his Facebook fan page that he has all the reasons to celebrate his rise to fame and stardom.

“When God gives you a reason to celebrate why won’t you……. I celebrate my victory after winning Gold and breaking the Asian record” the 24-year old said on Saturday as he again reflected on his awesome performance.
Interestingly, Ogunode who is now the fastest man in the world’s most populous continent started out as a boxer before switching to football and finally athletics in 2006.

Sadly, while Nigeria’s fortunes in men’s athletic is dwindling by the day on the home front and officials are doling out millions to recruit rejected America-based athletes who have failed to make any meaningful impact , the feat of Ogunode means that Nigerian men now own the record in the 100m’s men event in three top continents’ of the world.
Olusoji Fasuba with a time of 9.85secs remains Africa’s fastest man ever while Portugal’s Francis Obikwelu holds the European record with his time of 9.86secs.

Ogunode in a recent interview with Qatar’s first English sports weekly magazine, DohaStadiumPlus, took the lid off why he dumped Nigeria for Qatar and was equally unequivocal that he is happy he took the calculated risk which has now turned out to be one of his best decisions.

“I wanted to compete in the 2007 All-Africa Games in Algiers, Algeria. I ran in the Mobil Track and Field race, the Nigerian qualification event for it. I made the cut, but they dropped me without any explanation.

“A year later, I qualified for the biennial IAAF World Junior Championships in Bydgoszcz, Poland, as the best age-group sprinter in Nigeria. Subsequently, I also made it to the senior side for the 2008 Beijing Olympics.

“But due to politics within the Athletics Federation of Nigeria (AFN), they dropped me from the squad for Poland, pacifying me by saying I would get my chance in China. I agreed, as I always wanted to compete in the Olympics. But just two weeks prior to the Games, I found out I was out of the team. I felt powerless against the AFN’s internal games.

“It was then that I received an e-mail asking whether I was interested to do trials in Qatar. I wrote back saying I was, but that I didn’t have money to make the trip. They requested a copy of my passport and soon, I was attending trials in Doha. It turned out to be one of the best decisions I ever made in my life,” he concluded.

A peep into Ogunode’s biography reveals that his maiden competition as an athlete was at the Obafemi Awolowo U-18 Championship in Ibadan, Nigeria, where he won gold in 100m and 200m in the same year he started running – 2006.

As stated on his personal website, based on his performance at the U-18 Championship. Ogunode was invited to participate in the 2006 ExxonMobil Track & Field Championship (Nigeria’s test event for the 2007 All African Games held in Algiers, Algeria), where he won the 5th place, although he didn’t qualify to participate at Algiers.

Undaunted by this, he continued with his trainings and his determination to succeed made him to become Nigeria’s no.1 junior athlete in 2008, a position that automatically qualified him for both the World Junior Championship and the Beijing Olympics, both of which he was denied attendance due to politicking within the athletics administration.
Ogunode moved to Qatar in October 2009 and began international competition the following year.

From then it has been an upward swing for Nigeria-born Qatar star. At the 2010 Asian Games in Guangzhou, he took two gold medals, winning over 200m and 400 metres with personal bests of 20.43 seconds and 45.12 seconds, respectively.
This made him only the second athlete in the Games history to have won both events at the same competition. He also became the Asian champion in 200 metres, at Kobe, Japan. He equalled the Championship record – 20.41sec – en route to gold. At the ongoing 2015 Asian championship, Ogunode won three gold medals – 100m, 200m and 4x100m.
Hoping that Nigeria will get it right someday, Yusuf Ali the national record holder in Long Jump and the former Technical Director for the Athletics Federation of Nigeria, told PREMIUM TIMES that the country really needs to invest more in its youth athlete to bring the country back to full reckoning.

“The sad thing is that we are not investing enough in our youth athletes, imagine the Super Eagles can take a chattered flight to go and play a friendly in South Africa and we say we don’t have money to buy tickets for our youth to attend a competition they have worked and trained hard for., It does not speak well of us as a country ” Ali said as he reflected on the incidences that clouded Nigeria’s participation at the last Africa Youth Athletics Championships in Mauritius where the country was forced to present a lean squad which even missed the opening day of events owing to paucity of funds.
Ali said he feared the worse for Nigerian athletics if more concerted effort is not put in place to ‘catch them young’ and also invest in the youth.

“In this country we don’t even have the base, the base for track and field is like 6,000 athletes will start and at the end you will pick like 5 or 6 of them in the end that will be good. But now when you have a base of like 1,000 and you are now not even attending to them as you should then there is no future. I think that is one thing we should address. The base for track and field is very difficult, for football; anybody can just wake up and starting kicking any round object, it is very difficult in track and field, interest has to build very early.” 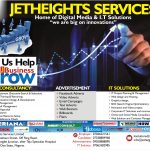 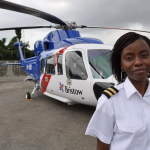