On the weekend, “The Fast and Furious” pulled in $100 million, making F. Gary Gray the highest-earning Black director.

“Fast and Furious 8” franchise became No. 1 at the box office during the Easter weekend and broke several records.

Gray’s movies have amassed $1.24 billion in total since 1995. In 2015, “Straight Outta Compton” pushed Gray to have the highest grossing film as a Black director.

“The Fate of the Furious” has become the highest opening film worldwide with $532 million. Besides, it had the highest Chinese-advance ticket pre-sales in history. According to a China Film Insider, the movie attracted a gross of $190 million.

Gray’s accomplishment is the recent major-income news to come out of Hollywood for a Black filmmaker. We may never know if the director was motivated to produce the film after watching Mad Max.

The only way to describe the big finish of this latest Universal’s unstoppable street-racing series is that it is Gorgeous.

It sends Vin Diesel and his team tearing across a Russian ice in a mixed fleet of performance vehicles with the eruption of flames behind the trucks which remain to be the most entertaining action sequence in the film.

Another amazing aspect of the film is the welcome return of Jason Statham as British Special Forces veteran. John Woo-inspires the scene in which the actor rides a jumbo jet of henchmen with one hand.

The unbelievable story line is just a basic framework upon which the most conceived street racing, car chase, prison riot, and gunfight scenes are threaded for best effects.

The film features a super-elaborate chase on the ice with armored vehicles, tanks, trucks, orange Lamborghini and a nuclear submarine made for a most thrilling climax.

Thanks to Mad Max Fury Road that reminded the director of how exciting the stuff could be when done right. The franchise hadn’t produced a single comprehensive edited chase car in the last eight years.

However, the film has some critiques. The craftsmanship doesn’t step up to the challenge of speed and distance which are often poorly expressed.

Additionally, there is too much visual clutter with no real sense of peril. Further, the computer graphics do not square with the surroundings.

Even though the film has made a hit, it’s an odd sensation to watch a Fast & Furious and find yourself wishing the special effects lived up to the writing. 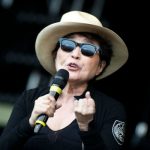