Cameroonian-born martial artist Dominique Martin Saatenang is known as “the African Bruce Lee.” Not only is he one of the few foreigners to study at the China’s Shaolin Monastery, but he is also believed to be the first African Shaolin monk in history.

Saatenang was born in the village Bafou, in west Cameroon. When he was 8, he started playing on his school’s football team. He became captain two years later. But his path in life changed once he watched his first Bruce Lee movie: Enter the Dragon.  He was instantly hooked.

“I’ve been fascinated by martial arts since I was 10,” he said.

In high school, he began practicing Wushu and dreamed of training in China one day. His family did not approve of his aspirations.

“My father wanted me to be a soccer player. It’s thanks to kung fu movies and thanks to Bruce Lee that I found myself in China. I became the African Bruce Lee.” A LONG AND HARD JOURNEY

Saatenang earned his masters in management and became a successful businessman. But for some reason, he was not living his dream. When he was 24, he decided to sell his businesses in Africa and move to China to further his training. He wanted to study at the Shaolin Monastery of Mount Song, the holiest place in Shaolin kung fu, where he practiced one of the oldest styles of martial arts in China. Very few foreigners are able to study at the monastery. Saatenang took courses in one of the surrounding schools until he found a way inside.

“I was lucky. After a few weeks of training, I met the spiritual leader of the temple, Shi Yongxin. He invited me to come for six months. I stayed four years,” he said.

But getting into the exclusive program was the easy part. Saatenang had to wake up at 4:30 every morning and train for eight hours. In addition to studying kung fu, he learned Mandarin and traditional medicine.

“I almost gave up many times.  It’s a very difficult training. Many drop out.” Saatenang did not give up and completed his training. Afterward, he studied at the Beijing University of Sports and graduated as an expert in Wushu. He has competed in competitions – winning two silver medals during the Wushu World Championships in 2006 and a gold medal at the 2006 Wushu International Festival in Hong Kong – and judged them. He has opened up kung fu schools in Mali, Gabon, Senegal, Cameroon and the Ivory Coast; over 3,000 students have taken his classes. He also has been working in films, just like his idol Bruce Lee. Saatenang worked as an actor as a stuntman. He is also using his unique experience to bring cultural awareness.

“You can only really know someone through his or her culture.  Through kung fu, I have had to develop respect and a deep understanding of China,” he said.  “The link between China and Africa has become so important, and I think Chinese culture is an essential bridge for the development of our economic relationship,” he added. 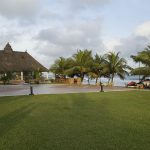 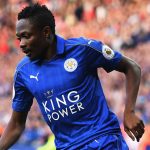