It is surely provided with this observation that the Guinean Mamadou Dian Diallo, expert in spirits, decided to launch on the market.
“By rubbing shoulders with this universe, learning the secrets of this luxury product, its traditional manufacturing methods, you end up developing a certain passion. “Said the thirty-something militant to the newspaper Le Point. 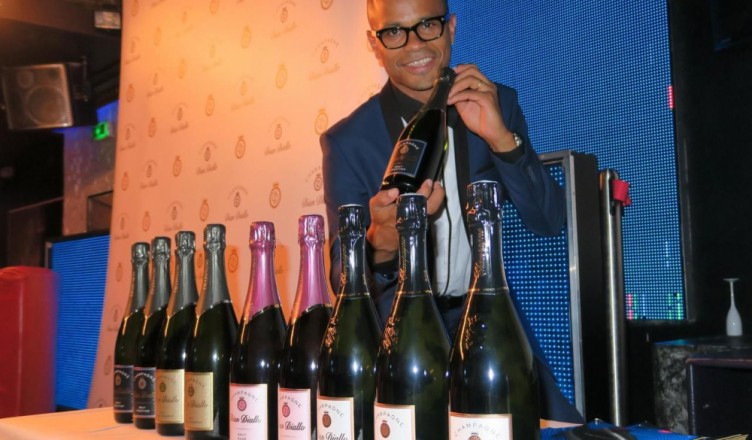 Indeed, counselor of luxury brands in the spirits sector, the native of Labé (central Guinea) was, for a dozen years, formed by the greatest master cellars of the Champagne-Ardenne region. Big houses are in the trading. They buy from small producers and make the assembly in their own tanks. I wanted to do the same. “He says.

Driven by his passion for champagne bubbles, the graduate in economics and management decided to launch his champagne brand in France. In the summer of 2017, he released a seal bearing his name: Dian Diallo. For his own drink, the Guinean appeals to Rémi Jacques, a winemaker from the town of Baye (western France) to which he says provide guidelines for the assembly of grape varieties. The winemaker Baye, to believe the man, has a production capacity of 100,000 bottles per year. For champagne Dian Diallo, whose head office is located in Reims, the production is 50,000 bottles per year.

But that we are not mistaken! Mamadou Dian Diallo is not only for a European clientele. Africans and West Indians are its target audience! This one informs that by conducting market studies, the latter are mainly focused on sweet and fruity champagne. “They want a drink that does not attack the palate. He says.

Dian Diallo presents four cuvées: brut tradition, brut prestige, cuvée reserve and, finally, brut rosé. The price of bottles is between 25 and 38 euros (between 17 000 and 25 000 F CFA). The interested party indicates that it will launch for the end 2018, a new bottle, in limited edition and internationally, at a price close to 150 euros (100 000 F CFA). With this future vintage cuvée, besides Africa, he would like to reach the United States, with the target artists and sportsmen.

“At the moment, several distributors are interested in my product. He informs. After invoking the impossibility of revealing his turnover, he gladly quotes Citydia for Guinea as a distributor in the country, but also as a local promoter. “Citydia will soon set up an advertising campaign. ”

In Senegal, he is in discussion with Auchan. He is also negotiating in Ivory Coast, where he will travel in April 2018 for the International Tourism Fair in Abidjan. And evokes contacts in the DRC, Congo-Brazzaville, Burkina Faso and Cameroon, but also in English-speaking Africa, Ghana, Nigeria and South Africa.