Baya Mahieddine is a revolutionary Algerian Modernist painter whose paintings influenced the likes of Spanish painter Pablo Picasso. Baya was greatly influenced by nature, her childhood, as well as her home country Algeria. The self-taught artist preferred to chart her own path as her works did not follow any rules.

Born Fatma Haddad in 1931 to a poor family in Fort-de-l’Eau (currently Bordj-el-Kiffan) near Algiers, Baya was orphaned at age five. Her grandmother took her in and sometimes sent her to her workplace at a colonial horticultural farm.

At age 11, she caught the attention of the owner’s sister, Marguerite Caminat Benhoura, who decided to take her home initially as her servant. Not long after their arrangement, Benhoura adopted her in 1942. 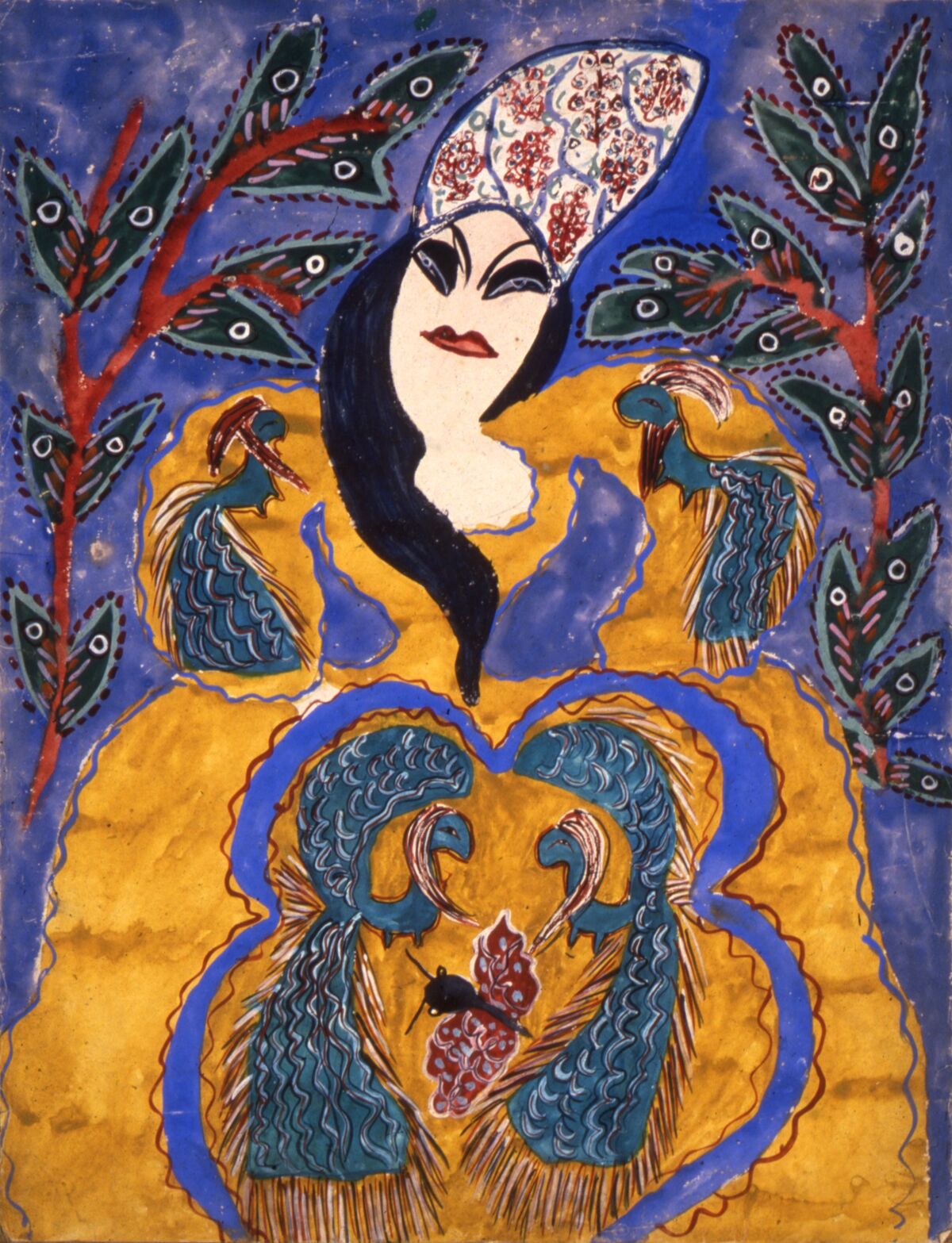 Baya, while living with Benhoura, also started showing an interest in art. She made sculptures of females and animals from clay, and Benhoura encouraged her to build her craft. It was around this time that Baya got her first set of art materials and homeschooling.

Most of her work was inspired by her personal experiences and the traditional tribal art of Algeria which are recurrent in her works. Women, nature, and animals were the themes in her work.

As a budding young artist of her time, Baya had her first exhibition in Paris at age 16 in 1947, organized by art dealer Aimé Maeght. It was at this time that she caught the attention of Picasso and the likes. They were intrigued by African tribal art which was prominent in the exhibition.

A year on, Baya went to work with Picasso. She was invited to his studios in 1948 and he was drawn to her new and raw perspective on art. Inasmuch as it is public knowledge that Baya inspired the Women of Algiers series by Picasso, the Spanish painter also influenced her works.

According to Sotheby’s, “Picasso nurtured Baya’s aesthetic – particularly her use of color and line, while Baya’s cultural vitality served as creative lifeblood for Picasso”.

Baya also influenced Andre Breton, who defined her work as surrealism. Baya did not accept such labels and followed her own path.

According to experts, “her rich, luxurious paintings combine influences of traditional Algerian art, like ceramics and bold wall murals, with flowing figures and objects.

Her use of instruments was believed to have been inspired by her famous composer husband whom she married in 1953.

To date, Baya who died in 1998, is one of the most celebrated Algerian artists in the world. Although she was lured to take on French citizenship and to be associated with French culture by virtue of growing up in a French colony, she stayed true to her Algerian roots till death.