Previous Next
Modern robotics can be highly indebted to the work of the Muslim scholar Abū al-‘Iz Ibn Ismā’īl ibn al-Razāz al-Jazarī (1136-1206), also known as Al-Djazari.

The scientific discoveries of Al-Djazari have allowed great advances in  industrial, domestic, medial or military robotics .

Al-Djazari is the first inventor of the mechanical robot and one of the greatest engineers and inventors in history.

This scholar possesses several strings to his name:

He is the one to have designed several machines still unknown at this time around the world.

– In 1206, the scholar emphasized his fame in Mesopotamia thanks to his book “Book of Knowledge of Mechanical Processes” (Kitab fi ma’rifat al-hiyal al-handasiyya).

– These inventions appeared to be very trivial in the thirteenth century but today they have become crucial for the technological advance.

Among these achievements may include:

Al-Djazari had a very contemporary spirit since he had already reflected on the design of a robot “the tea waitress”, a humanoid automaton intended to serve water, tea or any other drink.

Al-Djazari is one of the inventors of the Middle Ages who laid the foundations of our modern world.

At the same time that Islam extended into the world,  it is one of the Muslim scholars who have accumulated a body of knowledge such as Humanity has never known . 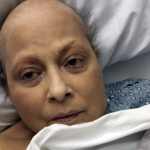 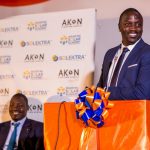