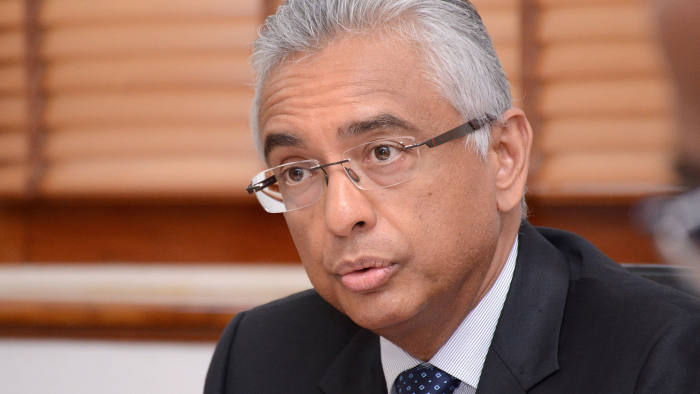 Mauritius Prime Minister Pravind Jugnauth has hit out at the UK for refusing to return control of Chagos Islands to the island nation.

Mr Jugnauth described the UK and the US as “hypocrites” and “champions of double talk”.

The International Court of Justice (ICJ) in The Hague last year gave an advisory opinion ordering the UK to hand over the islands to Mauritius.

Britain continues to insist that the ICJ ruling is wrong.

One of the islands, Diego Garcia, is home to a US military airbase.

Prime Minister Jugnauth on Sunday told a group mainly of Chagossians and their descendants that it was a disgrace for the two powers not to respect human rights.

“Despite the advisory opinion, the English still do not respect the judgement in complicity with the Americans,” he said.

“They teach other countries to respect human rights but they are champions of double talk. Our fight is just. The majority of countries support us,” he added.

The prime minister urged Chagossians not to be divided in the cause of reclaiming the islands.

He launched a workshop on the preservation of the Chagossian traditional drum, sega.