Two slave owners in Mauritania have been jailed in a country where slavery remains widespread but convictions rare. The sentences of 10 and 20 years are said to be the toughest-ever for the crime in the West African country.

Slavery was outlawed in 1981 but 1% of the population are still living in bondage, human rights groups say. Black people of certain ethnic groups are often enslaved as domestic workers by lighter-skinned Mauritanians. The country has jailed more anti-slavery activists than slave owners, rights groups say.

The court in the north-western town of Nouadhibou gave a 20-year prison sentence to Hamoudi Ould Saleck. His father – who died before the trial ended – received the same sentence posthumously.

Both were accused of “reducing to slavery” a family, two of whom were children. A woman, Revea Mint Mohamed, was jailed for 10 years for keeping three slaves one of whom was a 29-year-old who had been kept since she was a small girl. Both cases had been brought by former slaves.
Mauritania criminalised slavery in 2015. In past cases, slave-owners were sentenced to two to five years. Rights group Amnesty International welcomed the convictions. It estimates that 43,000 people were still living in slavery in Mauritania. It said that the courts had received 47 cases for investigation involving 53 suspects.

However prominent Mauritanian anti-slavery activist Biram Ould Dah Abeid cast doubt on the reports that Hamoudi Ould Saleck had actually been arrested, and called the case “a show trial by the government to stop criticism from the international community”. 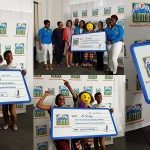 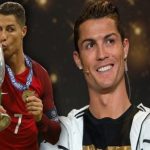