There was hardly anything that the late former president Nelson Mandela could have done to change the status of South Africa’s economy to favour the black majority during the transition from apartheid‚ says former British MP Lord Peter Hain.

He was speaking at a panel discussion‚ titled South Africa – Hero to Zero‚ held in Johannesburg on Tuesday. The talk focused on the role of business amid South Africa’s political climate. 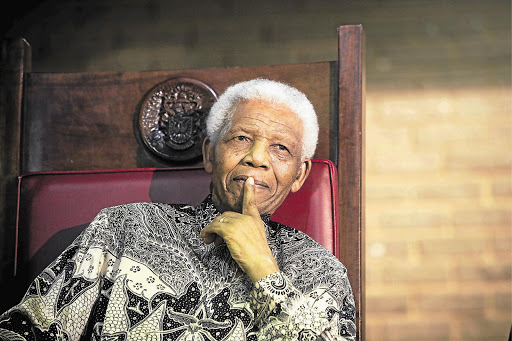 “It seems to me that with cronyism replacing merit‚ the state – including the parastatals – is becoming increasingly dysfunctional‚ which is lethal for economic prosperity. Some are arguing that the problem is rooted in the way the country was transformed and they have a case‚” said Hain.

“Under apartheid‚ government and big business were run exclusively by the white minority. When white rule finally came to an end‚ the fear was that white businesses and investors would flee. Instead a deal was struck‚ and compromises were made for the sake of a peaceful and economically stable transition‚” he added.

“The black majority now ran the government but the white minority still ran the economy. In retrospect I cannot see how any other course could have been adopted by Mandela and the ANC leadership without triggering a flight of investment and a collapse in the currency‚ endangering political stability‚” Hain added.

He stressed that business leaders could not turn a blind eye to the politics.

Highlighting this‚ he made mention of UK-based PR company Bell Pottinger which found itself at the centre of the construction of the Gupta family’s propaganda empire‚ aimed at hiding the family’s alleged growing enrichment at the expense of South African citizens and taxpayers.

“We have seen also how not only British-based firms like KPMG but US-based ones like McKinsey have become part of the scandal by feeding at the trough of those involved in corruption and looting the country‚” said Hain.

“It seems to me that any South African business which has anything to do with the Gupta empire or the Zuma elite is now irredeemably contaminated – with serious consequences for its own survival. Look at the demise of Bell Pottinger and the damage to KPMG… So there is no refuge for business leaders in the conventional wisdom of the corporate world‚ namely: ‘I am not political.’ Every business leader is involved in the fight for the future of the country‚ willingly or not‚” he said.

While Bell Pottinger’s main focus was to manage a positive image for companies‚ it had failed to do the same for itself‚ Hain said.